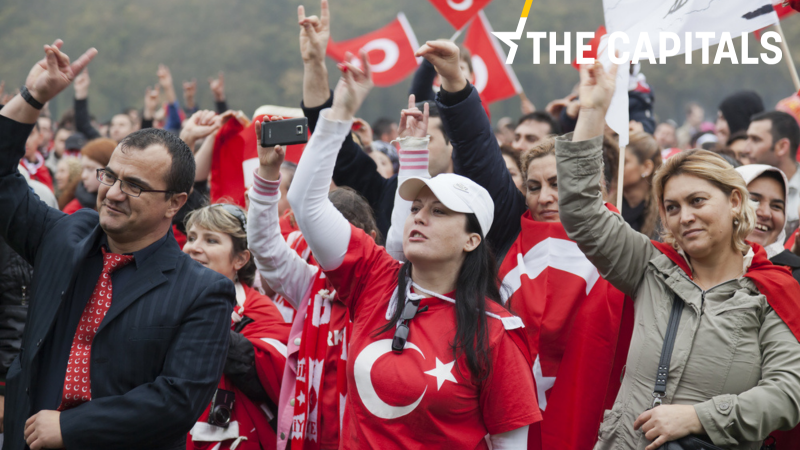 Unidentified men and women of Turkish origin making the Grey Wolves hand sign during a protest against the Kurdistan Workers Party on October 30, 2011 in The Hague. [Shutterstock/Rob Kints]

It is “a particularly aggressive grouping, to say the least,” the minister said. The move comes amid growing tensions between France and Turkey over radical Islam and the Nagorno-Karabakh conflict.

Last Saturday, the inscription “Grey Wolves” was tagged on the Armenian Genocide Memorial and the National Centre of Armenian Memory in Décines-Charpieu, a commune located in the Lyon metropolis.

BBC reported that the Grey Wolves, an international organisation, is seen as “allied to Turkish President Recep Tayyip Erdogan”.