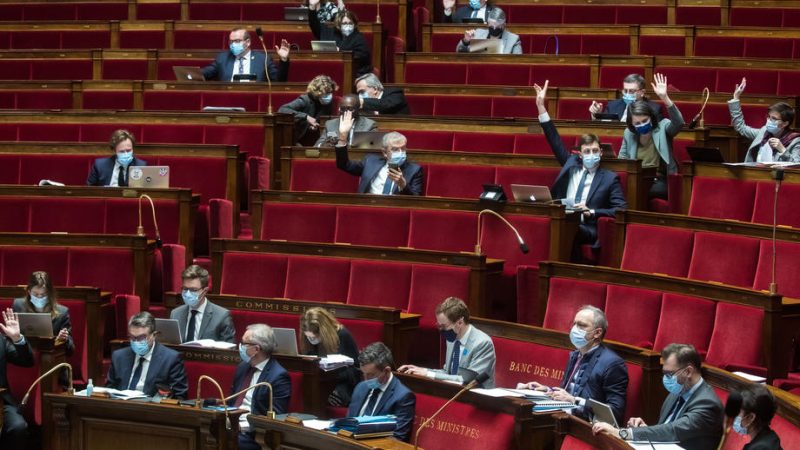 MPs in the National Assembly have adopted the so-called “health vigilance” bill, whose article 2 allows for the possibility of extending the health pass until 31 July 2022. French lawmakers were split over the issue, narrowly passing it by 74 votes to 73.

“This Article 2 does not provide for the extension of the application of the health pass until 31 July 2022,” said Health Minister Olivier Véran at the National Assembly on Wednesday evening during the debate. “It allows for the possibility of triggering it and maintaining it if the health situation requires it,” he added.

The issue is controversial among the ruling République en Marche (LREM) party, whose deputy Pacôme Rupin, called for the health pass to be abolished from 15 November, describing it as a “dangerous tool for our freedoms”.

Another point of contention is an amendment to allow school heads to know whether a child is vaccinated or not. According to Véran, this would facilitate “the organisation of screening and vaccination campaigns and the organisation of teaching conditions to prevent the risk of the virus spreading” in order to avoid “class closures”.

“You are opening an unthinkable breach of secrecy (medical in schools) that must be preserved,” said Les Républicains (LR) deputy Philippe Gosselin, who was backed by the other opposition political groups.

The controversial text must now be examined by the Senate.