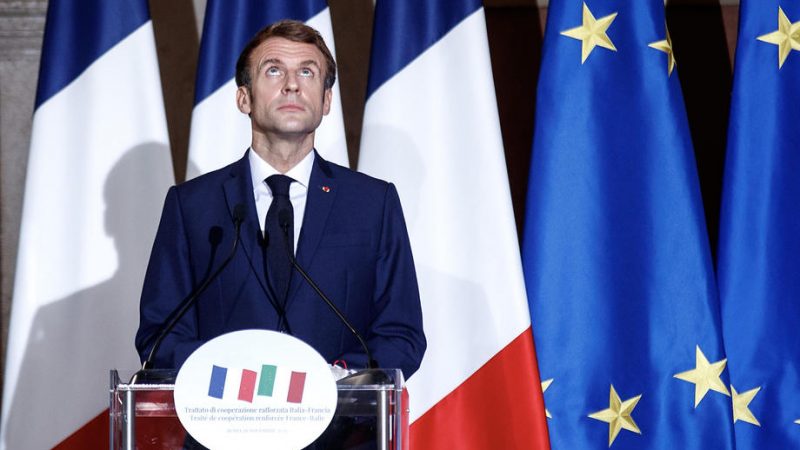 The alliance is a political association, revealed Richard Ferrand, LREM deputy and president of the French National Assembly, in an interview with EURACTIV’s partner Ouest-France. [EPA-EFE/ROBERTO MONALDO]

The four political movements LREM (La République en Marche), Modem, Agir and Horizons – which currently make up the presidential majority – launched the new entity ‘Ensemble Citoyens!’ on Monday evening to back the candidacy of President Emmanuel Macron in next May’s presidential elections.

The alliance is a political association, revealed Richard Ferrand, LREM deputy and president of the French National Assembly, in an interview with EURACTIV’s partner Ouest-France.

Proposed by Modem president François Bayrou, it allows for “reinforced cooperation” between the four pro-Macronist movements.

“The will of all those who accompanied Emmanuel Macron in 2017 and then carried his policy is clear: to come together so that he declares himself candidate [for his re-election] when the time comes, to convince the French to re-elect him and to give him a stable majority in the National Assembly”, Ferrand explained.

He added that “our unity, in diversity, contrasts with the divisions everywhere else. We are together for France and for Europe, not for a party”.

Ferrand also said that the alliance would aim to present a single candidate for the presidential majority per constituency in the upcoming legislative elections.

“We will look at who is best placed to defend and embody the presidential project in each territory,” he said, explaining that “if the French choose to reappoint the president, he will need the best possible French team in parliament”.