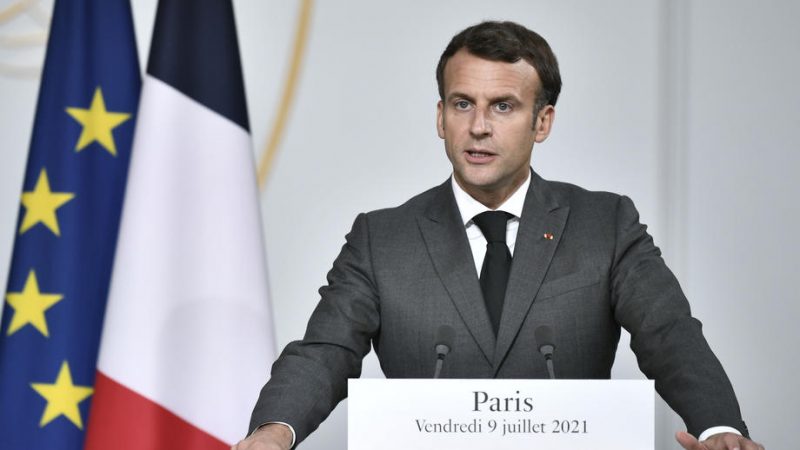 The sector’s professionals are asking for €17.5 billion in state support. [EPA-EFE/STEPHANE DE SAKUTIN]

French President Emmanuel Macron will receive automobile industry representatives on Monday morning at the Élysée Palace ahead of the European Commission’s tabling later this week of a package of energy and climate laws aimed at reaching the EU’s 2030 goal of cutting emissions by 55%.

The meeting comes a year after the implementation of the rescue plan of summer 2020. The sector’s professionals are asking for €17.5 billion in state support to help the programmed disappearance of the internal combustion engine.

“The European Commission is scrapping a hundred years of European know-how and choosing instead a technology in which the Chinese are 10 years ahead of us,” Luc Chatel, president of the Plateforme filière automobile, the public entity that represents the sector and its 400,000 jobs in France, told Le Monde.

“The Green Deal is expected to endorse a drastic reduction in CO2 emissions from cars and a ban on internal combustion engines by 2035. This acceleration will have devastating consequences,” warned Chatel.