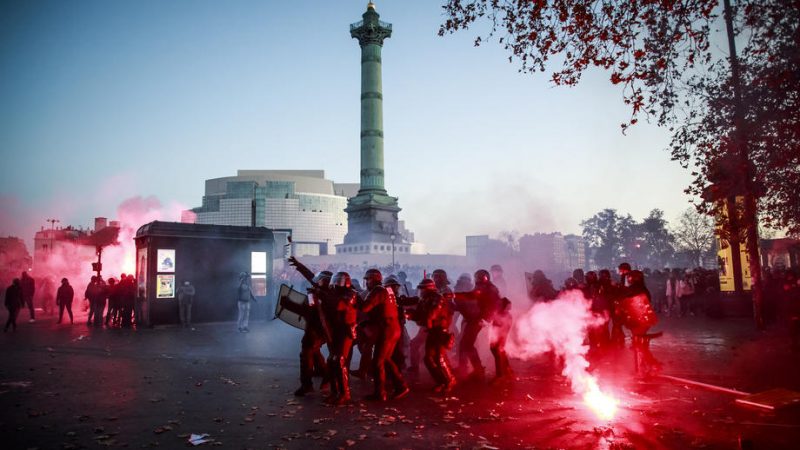 These demonstrations come at a time when several cases of police violence have become the source of discussion across the country. [ EPA-EFE/CHRISTOPHE PETIT TESSON]

For the second Saturday in a row, French people have beaten the pavement to demand the withdrawal of the so-called “global security law” as it bans the broadcasting of images of police officers in action. The bill was passed on first reading on 24 November by the French National Assembly.

These demonstrations come at a time when several cases of police violence have become the source of discussion across the country.

After distressing images of a migrant camp being brutally evacuated by the police in Paris last Monday shocked the country, video footage showing four police officers beating a music producer on Thursday in Paris was shared across social media.

Several journalists’ unions and human rights groups have called for mobilisation. According to interior ministry figures, 133,000 people marched in the streets on Saturday.