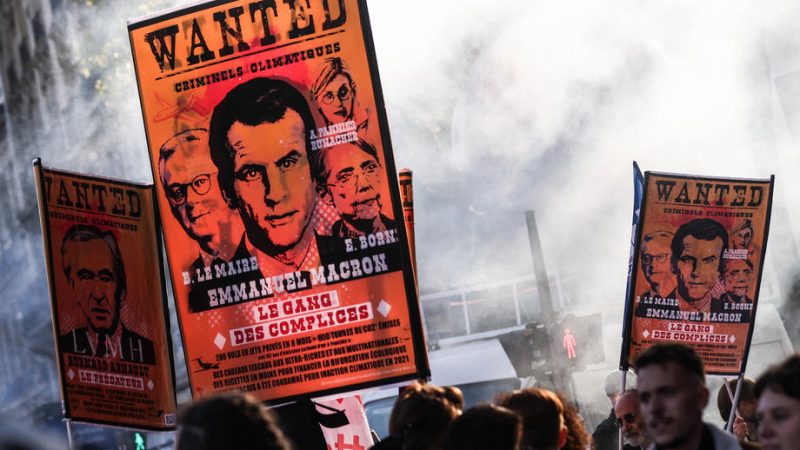 In the 200 rallies that were expected to be held, 40,000 in Paris and several thousand in many French cities like Marseille were expected to have attended, said one of the organising unions, CGT. Police has not yet shared its estimates however. [EPA-EFE/MOHAMMED BADRA]

Summoned by unions, French protesters staged a general strike across the country on Thursday, causing disruptions on railway lines and schools.

Across some 200 rallies, union CGT reported that some 40,000 workers attended in Paris, with thousands more joining in other cities, including Marseille.

On the regional railway networks, only six of 10 trains were running, while half of the intercity trains were unable to operate due to a lack of railway workers, as one in three were on strike, the CGT union said.

Schools were also affected, with the education ministry reporting that 10% of professionals were striking by midday – while unions estimated 20%.

Grievances from those on strike include dissatisfaction with teacher salary increases and the government’s proposed pension reform, which could increase the retirement age to 65.

More strikes are expected in the coming weeks, and radical left La France Insoumise leader Jean-Luc Melenchon said he will organise a “march against the high cost of living and climate inaction” joined by other members of the left coalition.