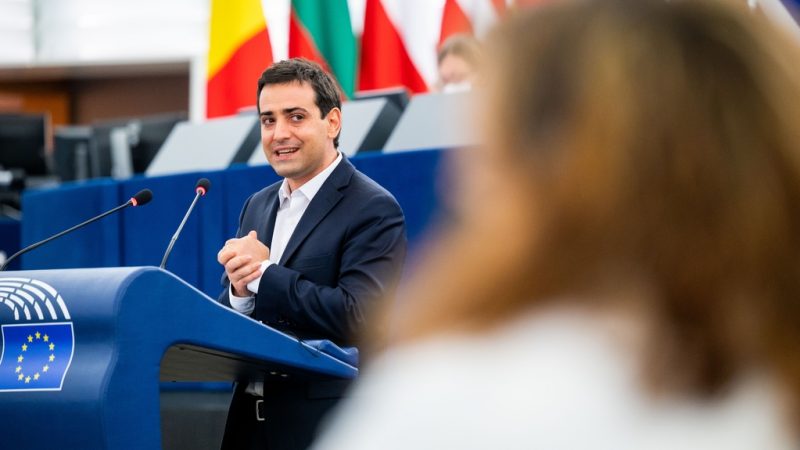 “My goal is to respect our diversity and affirm our ambition. Our unity will be our strength,” Séjourné tweeted. [European Parliament Media Service]

Stéphane Séjourné, head of the French delegation of centrist Renew Europe group of the European Parliament, has announced his candidacy for the presidency of the party following Dacian Cioloş departure. A vote is expected on 19 October, EURACTIV has learnt.

“My goal is to respect our diversity and affirm our ambition. Our unity will be our strength,” Séjourné tweeted.

EURACTIV reported on 6 October that the announcement by Dutch EU lawmaker Sophie In’t Veld that she wants to run for president of Renew Europe triggered reactions in the centrist political group. This was likely because the French, the biggest delegation with 23 lawmakers, seemed to have other plans.

A source from the French delegation of Renew Europe told EURACTIV that the group had held a meeting and mandated Séjourné to contact all other delegations and explore the “best possible consensus solution”.

Apparently, in these meetings, Séjourné tested the waters for his candidacy.

Critics suggest that Séjourné has a good chance to be elected considering that he represents the centre faction of the group, between left-leaning In’t Veld and a potential candidate from more liberal Nordic delegations.