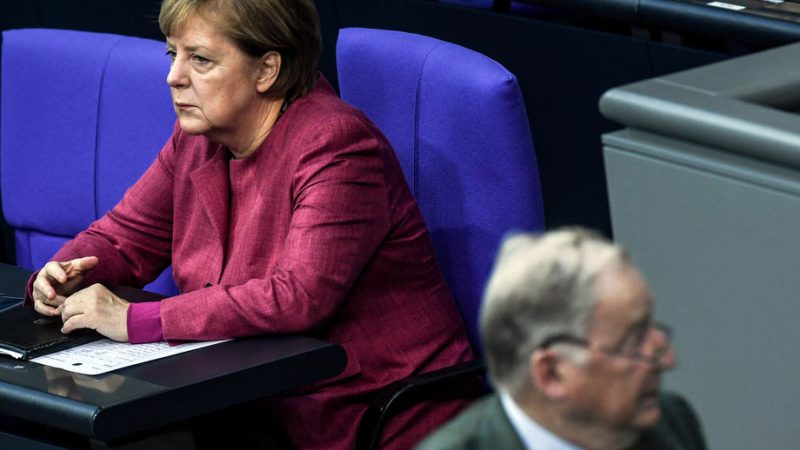 German Chancellor Angela Merkel during the government policy declaration during a session of the German parliament Bundestag in Berlin, Germany, 29 October 2020. [EPA-EFE/FILIP SINGER]

German Chancellor Merkel on Thursday faced the German Bundestag in a debate over the COVID-19 lockdown, which will go into effect on 2 November. While she called the new measures “suitable, necessary and proportionate,” the opposition was not amused about the move

This criticism stems mostly from concerns about the Bundstag’s power relative to the government.

All of the Bundestag’s opposition parties, as well as some members of the governing Social Democrats (SPD), want the government to consult with the Bundestag on such measures, instead of the usual meetings between Merkel and state leaders.

Liberal FDP leader Christian Lindner criticised what he views as decisions taken “without openness and only by the heads of government.”

However, only the far-right Alternative for Germany (AfD) was critical of the measures as such.

AfD leader Alexander Gauland compared deaths from the coronavirus to those in traffic accidents and condemned what he called “the greatest restrictions on freedom in the history of this republic.”