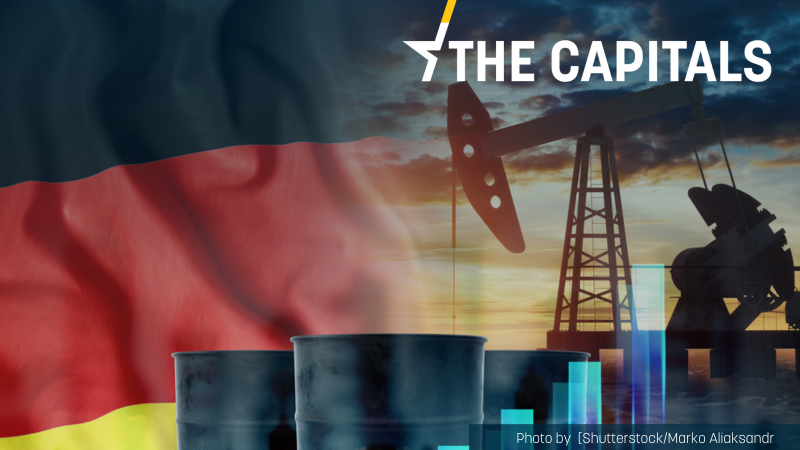 Germany is fiercely opposed to sanctions on Russian energy exports, with around 55% of its gas imports coming from the country.

This comes as EU leaders on Thursday will discuss possible additional sanctions against Russia, with German Chancellor Olaf Scholz having rejected calls to ban Russian oil and gas, despite pressure from Washington and Kyiv.

The current sanctions against Russia would “have a significant impact on the German economy, but they would probably not trigger a recession,” Guido Baldi, research associate at the German Institute for Economic Research (DIW) told EURACTIV.

“However, if gas supplies are cut off, a recession will probably have to be expected,” he added.

While the situation is currently too complex to make reliable quantitative forecasts, a recent study by the Universities of Cologne and Bonn expects the German economy to decline by between 0.3 and 3.0% in case of an embargo on Russian gas.

On Thursday, amid discussions on potential sanctions, it is expected that sanctions against Russian energy exports will be on the table.

Poland is especially keen to target the Russian energy industry and has repeatedly said it favours such sanctions. Other EU members also support the move, most notably Spain.

However, Germany is fiercely opposed to sanctions on Russian energy exports, with around 55% of its gas imports coming from the country.

“It was a conscious decision on our part to continue the activities of commercial enterprises in the field of energy supply with Russia,” Scholz said earlier this week on Monday.

Such sanctions would hit the German economy hard. “For this reason, the German government is currently struggling with a decision,” Baldi said.

How hard these sanctions would hit Germany will depend on how fast alternatives for Russian gas are being found, he added.

However, while the German government is currently looking to lower its energy dependency on Russia, this cannot be “completely changed in a few days or three months. That is why we need and will keep open the possibility of energy supplies from Russia,” Habeck said.

According to Habeck, gas prices have risen by 100% since the onset of the war, while coal prices have increased by 200%.

While the Federation of German Industries (BDI) has so far supported the sanctions and said that the industry would be willing to bear the negative repercussions in solidarity with Ukraine, an embargo on Russian energy is seen as a red line.

New recovery fund for the next recession?

Berlin has already taken some steps to relieve the economy from the negative effects of the current sanction regime – most notably through a programme that grants companies loans on favourable conditions.

However, if Germany is faced with a recession, additional measures will have to be taken.

One of the options on the table would be the launch of an EU compensation scheme that could be modelled after the Recovery Fund, which was created during the COVID-19 pandemic.

The European Commission is currently assessing such a scheme, sources say.

Experts also embrace the plan, with Baldi stating that joint borrowing at the EU level would have advantages for the whole bloc.

“It remains to be seen whether an agreement could be reached quickly within the member states,” he said.