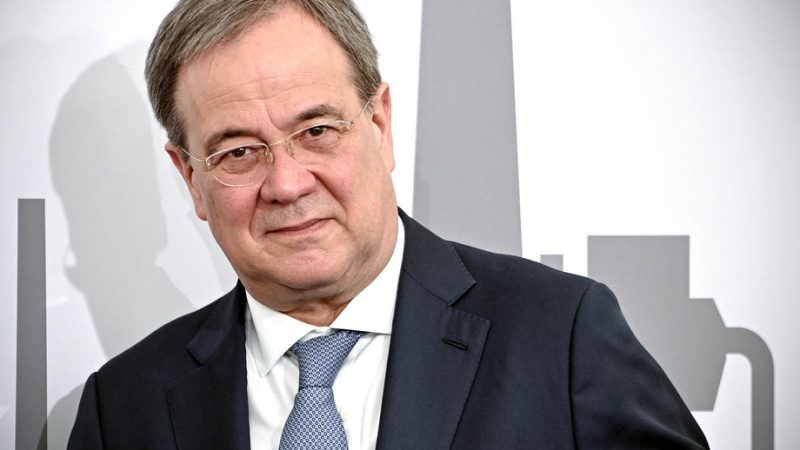 There would be neither tax increases, nor tax cuts with the conservatives at the helm, Laschet said. [EPA-EFE/SASCHA STEINBACH]

The Conservative Candidate to replace German Chancellor Angela Merkel after September’s elections, Armin Laschet,  has said he is in favour of CO2 pricing.

During an interview with the broadcaster ARD on Sunday, Laschet called for a fair campaign as the race to replace Merkel grew tenser following plagiarism accusations levelled against Green leader Annalena Baerbock and conservative Health Minister Jens Spahn was criticised for distributing faulty face masks to the homeless.

Laschet pledged that should his Christian Democrats (CDU) win, there would be neither tax increases, nor tax cuts, adding that he would prefer an election campaign based on policy rather than personal attacks.

The conservative pick to replace Angela Merkel also called for ensuring that schools would remain open after the summer holidays by any means necessary, whether that be mask mandates or strict testing regimes.

Laschet also praised the existing European emissions trading scheme (ETS), which is expected to be revised on Wednesday. As of January, Germany implemented a domestic carbon price on gasoline and heating fuels at €25 per tonne of CO2 emissions, which may start to be free-floating following 2025.

Laschet also said that permitting processes for railway tracks and bicycle roads would have to speed up significantly.