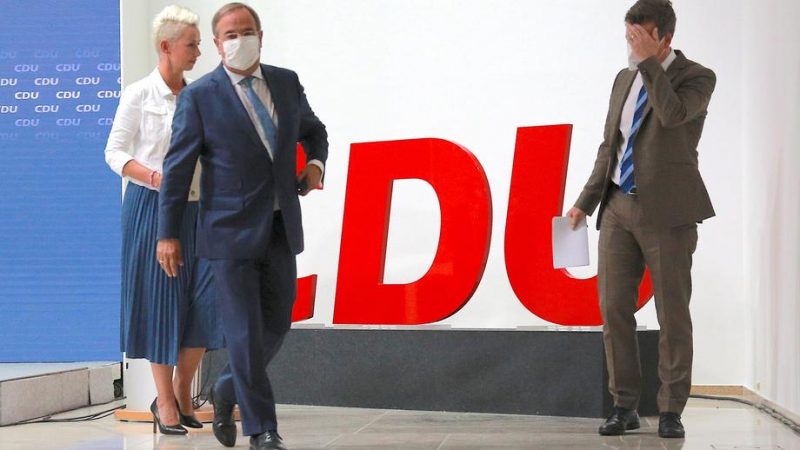 The conservative CDU party had beat out the poll-leading social democrats with 31.7% of the vote against their rival’s 30%. [EPA-EFE/%20CHRISTIAN%20MARQUARDT]

Faced with historically low opinion polling figures, German conservatives led by chancellor hopeful Armin Laschet, were able to turn the tide and register a win in the municipal elections in Lower Saxony.

The conservative CDU party had beat the poll-leading social democrats with 31.7% of the vote against their rival’s 30%. The win was an “important signal,” said the Lower Saxony CDU chief, Bernd Althusmann.

“We have clearly broken the national trend,” he added.

The conservative union CDU/CSU also presented its plan for its first 100 days in government, should they make it there.

Moving away from foreign and European policy, the 100-day plan is instead packed with family policy endeavours and security measures and vows to speed up permitting procedures.

It calls for the installation of 1,000 video cameras in train stations and a minimum punishment of six months in jail for any who attack on police forces.

In addition, it commits their future government to providing interest-free loans for any who install photovoltaic systems on their rooftops.
(Nikolaus J. Kurmayer | EURACTIV.de)