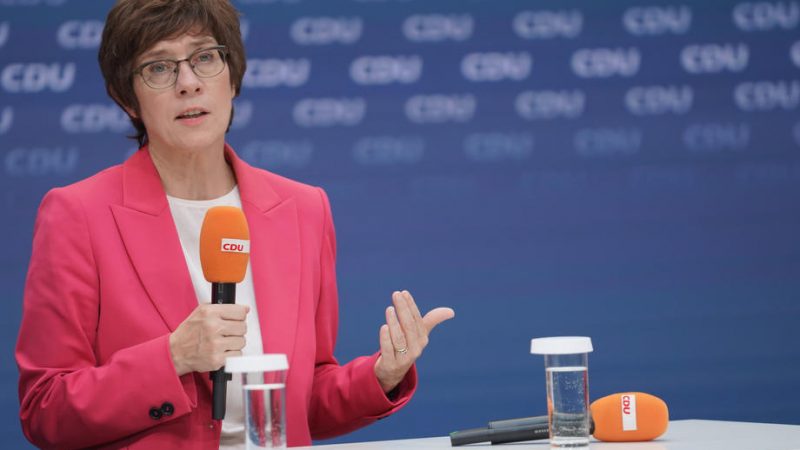 “The younger ones need their chance now!” tweeted Altmaier, as Kramp-Karrenbauer called on the party to “position itself well for the future”. [EPA-EFE / JOERG CARSTENSEN]

“The younger ones need their chance now!” tweeted Altmaier, as Kramp-Karrenbauer called on the party to “position itself well for the future”.

Once touted as Angela Merkel’s successor, Kramp-Karrenbauer had been damaged by party controversies in Thuringia and is now acting minister of defence before the new German government is formed.  Acting minister of the economy, Altmaier, had been at Merkel’s side for most of her career and was known as one of her staunchest allies.

Both Kramp-Karrenbauer and Altmaier had been supporters of party chief Armin Laschet, with the CDU committees set to deliberate on the future of Laschet and the party on Monday.

Kramp-Karrenbauer and Altmaier are over 60 years old, and their mandates will now go to two younger conservatives instead.

As the German conservatives are locked in internal discussions about what path to chart after their election loss, these two politicians taking a step back sends a strong message to the party’s older figures, like Friedrich Merz. He may make a third bid in four years for party leadership.