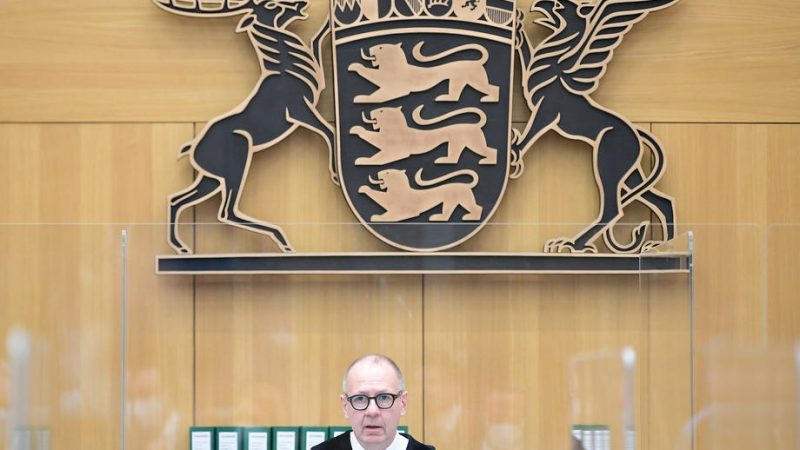 Both parties still have the right to legal remedies against the ruling, a decision that triggered widespread outrage amongst Greens politicians. [EPA-EFE/ PHILIPP GUELLAND]

The German extreme right group “III. Weg” (German: The Third Way) has made waves as it placed posters that read “Hang the Greens” around election campaign posters by the Greens party.

The group had been ordered to take down its posters by the city of Zwickau, but it filed an appeal against the ruling, which has now been granted by the court, provided the posters are at least 100 metres away from any Greens posters.

Both parties still have the right to legal remedies against the ruling, a decision that triggered widespread outrage amongst Greens politicians.

“This decision shows that the danger of hate speech by organised right-wing extremism has still not been understood,” said Greens politician and German parliamentarian Renate Künast.

She warned that right-wing agitation had repeatedly led to terrible acts in the past.

Germany has repeatedly suffered from right-wing violence in the past. In 2020, a man shot nine people he deemed to be “not white” or “not German” in Hanau.