German government to be sued over ‘unconstitutional’ spending 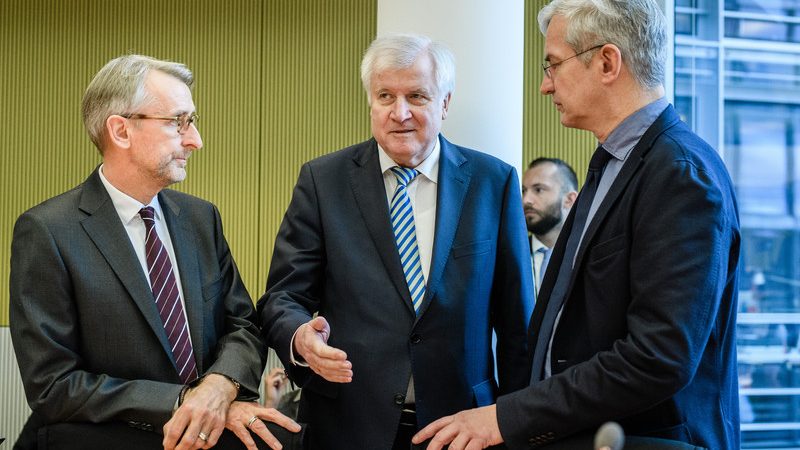 “Immediately after the official publication of the law, we will file a suit against the government at the constitutional court”, the CDU/CSU vice whip Mathias Middelberg (R) told the Neue Osnabrücker Zeitung. [EPA-EFE/CLEMENS BILAN]

Germany’s conservative opposition is bringing the government to court over extra spending on climate action, it was announced after a €60 billion budgetary package was adopted in parliament.

“Immediately after the official publication of the law, we will file a suit against the government at the constitutional court”, the CDU/CSU vice whip Mathias Middelberg told the Neue Osnabrücker Zeitung. The Bundestag adopted the legislation Thursday evening.

Shortly after taking office in December, Germany’s new “traffic light” government of the Social Democrat SPD, the Greens, and the liberal FDP tabled the supplementary budget, which foresees €60 billion of extra spending.

While the government justifies the additional expenditure as a stimulus for the pandemic-stricken economy, the funds will be spent on climate measures.

From a legal perspective, the purpose of the spending is key. While breaching the country’s debt limit rules can be justified in response to economic crises, it is difficult to explain for climate spending.

According to liberal MP Christoph Meyer, this does not pose any issues. Climate protection and pandemic recovery were “indirectly the same”, he told broadcaster Deutschlandfunk.

The opposition, however, is not convinced. Conservative lawmaker Helge Braun called the spending package a “trick” meant to “put an axe to the debt limit”. Spending additional money on climate measures would not contribute to the pandemic recovery, he said on the news programme ZDF Morgenmagazin.

Under the national so-called “debt brake” which features in the German constitution, annual borrowing cannot exceed 0.35% of nominal GDP.