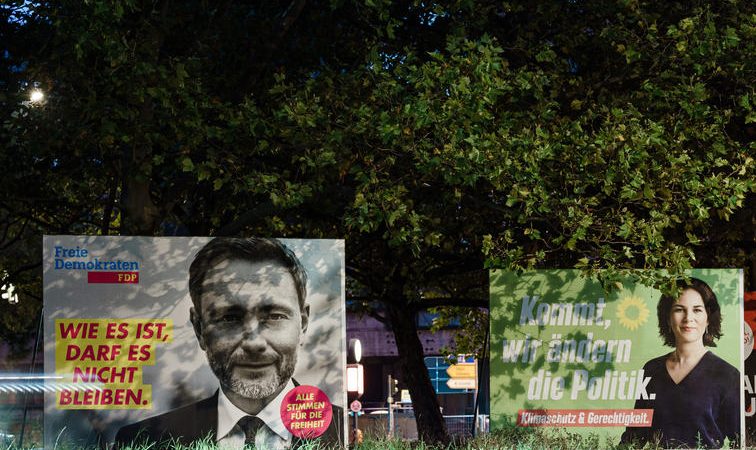 With the Greens and the business-liberal friendly FDP now holding the keys to the chancellery following their solid election results on Sunday, Green co-leaders Annalena Baerbock and Robert Habeck met with FDP chief Christian Lindner and the party’s secretary-general, Volker Wissing on Tuesday. The aim was to explore whether they could find a common position before talking to the bigger parties to form a governing coalition.

“In the search for a new government, we explore common ground and bridges over dividing lines. And even find some. Exciting times,” all four said on Instagram and posted the same picture.

The two parties’ bigwigs agreed to expand the talks to a larger circle on Friday.

The liberal FDP confirmed it would talk to the conservative CDU/CSU Union on Saturday, and should they agree, they could meet with the social democrats on Sunday, Wissing said on Wednesday.

For the conservatives, forming a coalition with the two smaller parties could be the last chance to ensure they remain in power. Laschet, whom many in the party blamed for losing their number one position, could benefit from such an alliance as he is known to be close friends with liberal leader Lindner, EURACTIV understands.