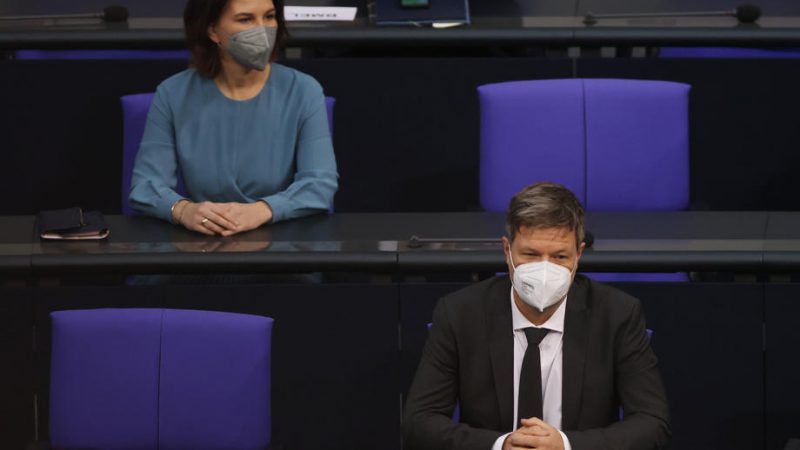 The leadership of Germany’s Green party, including Vice-Chancellor Robert Habeck and Foreign Minister Baerbock, appears to be unfazed by an investigation over unauthorised COVID bonuses launched by Berlin prosecutors.

Habeck, who is also the country’s economy and climate minister, said he did not expect any new results from the investigations.

Berlin’s public prosecutors’ office announced on Wednesday that it is investigating all members of the party executive. Allegedly, they had disbursed COVID bonuses to themselves without consulting the relevant party bodies.

“The bonuses have long been paid back,” Habeck told journalists during a visit in Munich on Thursday. “Other than that, the issue is now being investigated and resolved by public prosecution – then, I think, this chapter will be closed once and for all”, he added.

Speaking after a meeting with US Secretary of State Anthony Blinken, Baerbock echoed Habeck’s position. “We will cooperate entirely with the relevant authorities to make sure the issue can be resolved swiftly and completely,” she said.

Thorsten Frei, the chief whip of the Christian Democrats (CDU), said it was “puzzling how a Green party body could make a decision that primarily benefits that same body”.

The allegations could become a stumbling block for the Greens next week as the party elects a new pair of party leaders. Ricarda Lang, one of the candidates set to be chosen, is among those under investigation.