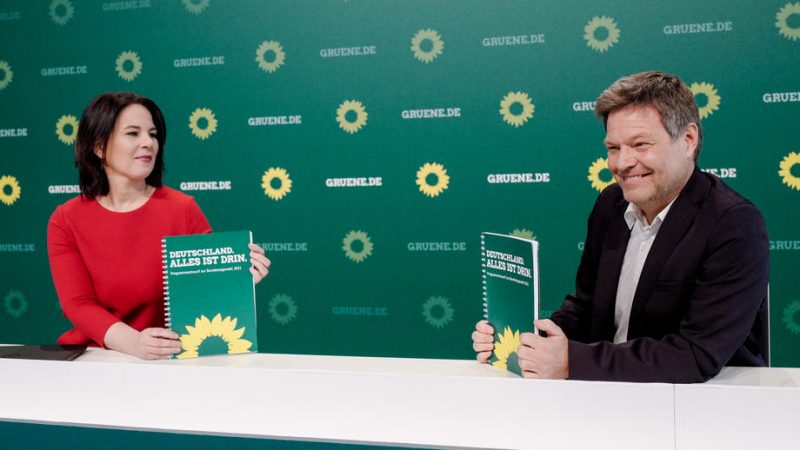 It is expected to name one of its two party leaders, Annalena Baerbock or Robert Habeck. [EPA-EFE/FILIP SINGER]

Germany’s Green party is due to announce its candidate to replace Angela Merkel as chancellor after federal elections in September.

The party is set to put forward one of two co-leaders, Annalena Baerbock or Robert Habeck. Both have said they are ready to lead their party into the election, but have also stressed they want a consensus on the decision.

Monday’s announcement also marks the first time the party is naming a chancellor candidate, a clear sign that they are now no longer content with settling for a kingmaker role.

Latest polls have Merkel’s CDU/CSU on 28%, followed by the Greens as second strongest force with 21%. They are followed by the Social Democrats (SPD) (15%), the liberal FDP and far-right AfD (11% each) and the leftist Linke (7%).  (Alexandra Brzozowski, EURACTIV.com)