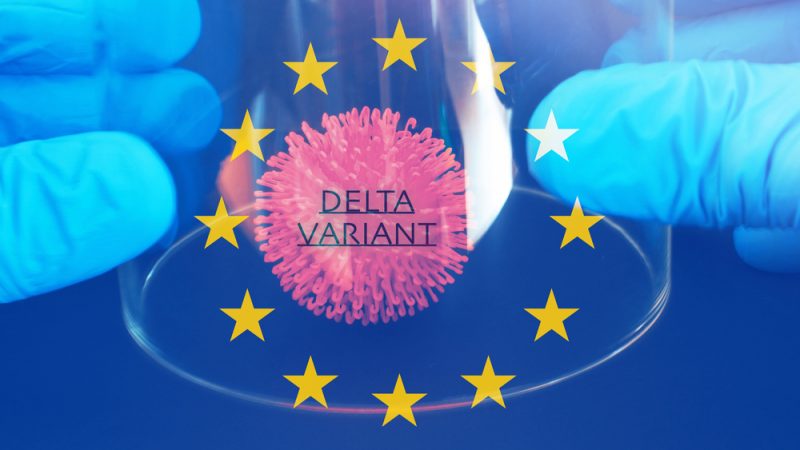 However, according to Andreas Gassen, chairman of the association of health professionals, the Delta variant is not significantly more dangerous than other variants and called on the government not to force travellers who are fully vaccinated to go into quarantine. [Shutterstock/RaffMaster]

Germany’s STIKO vaccination commission said later on Thursday UK studies show that two vaccines doses seem to provide as much protection against the Delta variant as against other COVID-19 variants.

According to Andreas Gassen, chairman of the association of health professionals, the Delta variant is not significantly more dangerous than other variants and called on the government not to force travellers who are fully vaccinated to go into quarantine.

“I think the debate is currently almost hysterical in parts,” Gassen told RND, warning against scaremongering. “It is irresponsible to keep operating with end-time scenarios,” he added.

“Delta is more contagious, but based on current knowledge, probably not much more dangerous than the previous variants,” he concluded.

For those who have already received the AstraZeneca vaccine as their first dose, STIKO is recommending that they should now receive an mRNA vaccine – BioNTech/Pfizer or Moderna – as their second dose to increase protection.

All eyes are now set on travellers returning from areas with high case numbers and where the Delta variant is dominant. About half of German coronavirus cases are currently Delta variant and Spahn said it will dominate later this month.

Particularly concerning, according to Spahn, are German travellers returning from the UK and Turkey, who often go to great lengths to circumvent quarantine obligations by travelling to various countries before crossing the country’s borders.

Spahn reiterated the importance of speeding up vaccinations, noting that 37% of Germany’s population has now received two shots, while 55% has had the first dose.

Spahn told a news conference that Germany could reduce the current 14-day quarantine requirement that it imposes on travellers from countries with high levels of the Delta variant once it is sure that vaccinated people are protected, without specifying when the move could happen.