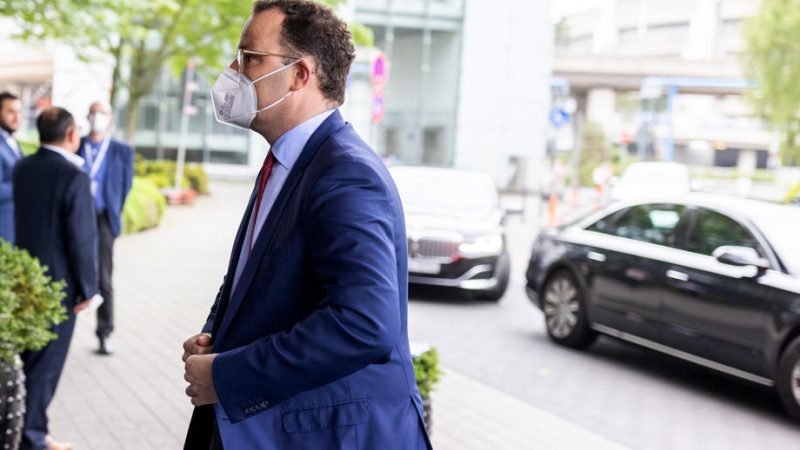 Spahn is facing fierce criticism after a report emerged about his ministry’s plans at the start of 2020 to dispose of unusable face masks worth €1 billion by handing them out to vulnerable groups amid the coronavirus pandemic. [EPA-EFE/MARCEL KUSCH]

German Health Minister Jens Spahn of the Christian Democrats (CDU) has been accused of deliberately distributing faulty masks to the needy during the coronavirus pandemic, leading to calls for his resignation.

Spahn is facing fierce criticism from his party’s coalition partners, the Social Democrats (SPD), after a report emerged about his ministry’s plans at the onset of the pandemic in 2020 to dispose of unusable face masks worth €1 billion by handing them out to vulnerable groups.

The plans were drawn up by Spahn, the SPD controlled labour ministry, which is responsible for mask safety, did not approve of them. The allegations emerged just over three months before Germans go to the polls for nationwide elections.

“[Spahn] quite clearly in the past year attempted to distribute masks that have not passed all the necessary tests to people who can not defend themselves against these bad masks, people with disabilities, people in homeless shelters and others,” said SPD leader Saskia Esken, who is also calling on the health minister to resign.

The calls made for Spahn to resign are “an attempt to score points with negative campaigning,” said Laschet, while Söder noted the extraordinary aggressiveness in the way the SPD has reacted.