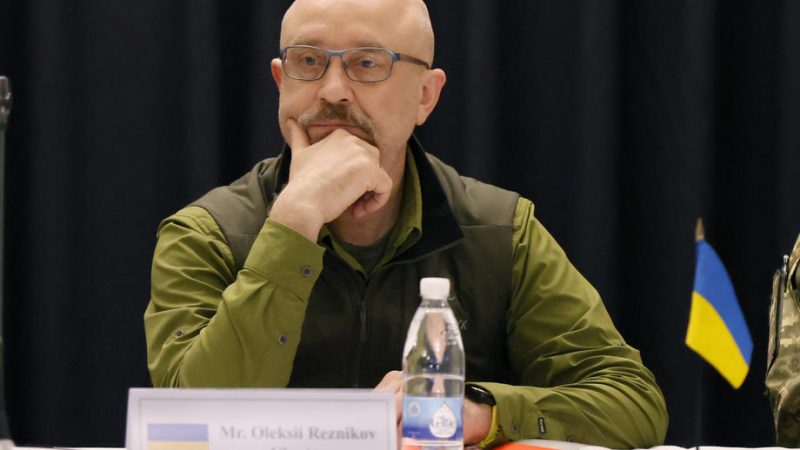 Reznikov praised the delivery as “an example of international cooperation in support of Ukraine.” [EPA-EFE/RONALD WITTEK]

Tank howitzers from Germany have arrived and are in use in Ukraine, the country’s defence minister announced on Tuesday, after Berlin drew criticism for a delay in the delivery of weapons.

The German Panzerhaubitze 2000 “are finally part of [the] 155 mm howitzer arsenal of the Ukrainian artillery,” Ukraine’s defence minister Oleksii Reznikov said on Twitter before thanking his German counterpart, Christine Lambrecht, for her efforts and support of Ukraine.

Lambrecht had promised the delivery of seven howitzers back in early May, while the Netherlands were set to add a further five.

Reznikov praised the delivery as “an example of international cooperation in support of Ukraine.”

The news comes after Chancellor Olaf Scholz and his government had repeatedly come under fire for taking too long to deliver on its promises of heavy weapons for Ukraine. Even with the howitzers delivered, several shipments of arms that Berlin has promised to Kyiv are still outstanding, including air defence systems and rocket launchers.

Kyiv’s ambassador in Berlin, Andriy Melnyk, told the German Press Agency (dpa) that the weapons had arrived in Ukraine while the German defence ministry refused to confirm.

This secretive approach to weapon deliveries has been the German government’s dominant line. However, on Tuesday, the government published an exhaustive list of all weapons and military equipment already delivered or to be delivered to Ukraine.