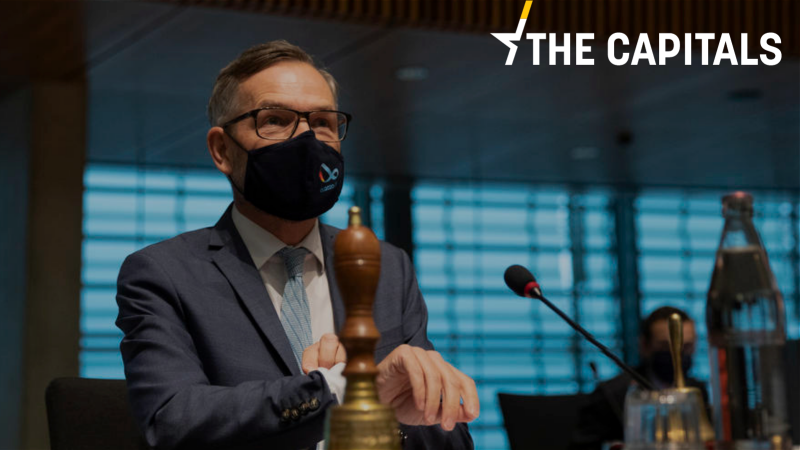 “I am sure that the Court of Justice of the EU will confirm the legality of this new mechanism and that it will overcome any challenge put to it,” Roth said. [EPA-EFE/VIRGINIA MAYO]

Germany’s Europe Minister Michael Roth said on Tuesday that the EU had not been firm enough in upholding the rule of law and had lost credibility with countries that do not respect it.

“I want to be very honest. The EU has not been firm enough in defending and strengthening the rule of law. We have lost a lot of our credibility, especially in member states where the rule of law is under pressure, and this is quite a heavy burden for the Council”, the German minister said at an event in Coimbra.

Faced with this situation, the trio of the current rotating presidency of the Council of the EU, composed of Germany, Portugal and Slovenia, and the European Commission made great efforts towards the creation of two mechanisms to protect and strengthen the rule of law in the European bloc, Roth added. Read the full story.

One was to include a mechanism that makes access to EU funds conditional on respect for the rule of law and allows for appropriate responses in cases where violations of the principles of the rule of law affect European funds, he said.

This mechanism is now being assessed by the EU Court of Justice, at the request of Hungary and Poland, the two countries under investigation for suspected serious violations of European values under Article 7 of the EU Treaty, to check the mechanism’s compliance with European law.

“I am sure that the Court of Justice of the EU will confirm the legality of this new mechanism and that it will overcome any challenge put to it,” Roth said.

Moreover, during the German presidency, the EU Council launched another mechanism to establish a dialogue on the rule of law in an open, constructive and positive way, and the Slovenian presidency will continue that, the German minister assured.

Roth said it was obvious that it was necessary to fight the pandemic with all energy and commitment, but this had to be done with justice, with equity and in a rational manner.

“Crises bring with them uncertainty. Some have tried to use this uncertainty to their advantage. They have attacked journalists, scientists, minorities, saying they knew the best way to fight the pandemic. That is why we must fight together against hatred, violence and fake news based on the rule of law,” he added.

Slovenian Secretary of State for Foreign Affairs Gašper Dovžan, who also attended the session, said that the Slovenian presidency, which will follow the Portuguese presidency from 1 July, would also emphasise respect for the rule of law.

“It is crucial that the public trust public institutions, which is essential for member states to have more trust in each other. In addition, [the rule of law] is crucial for the internal market to function well and for its legislation to be applied and drafted impartially and effectively,” the Slovenian minister concluded. (Beatriz Céu | Lusa.pt)