German nuclear waste to remain in France after years of talks 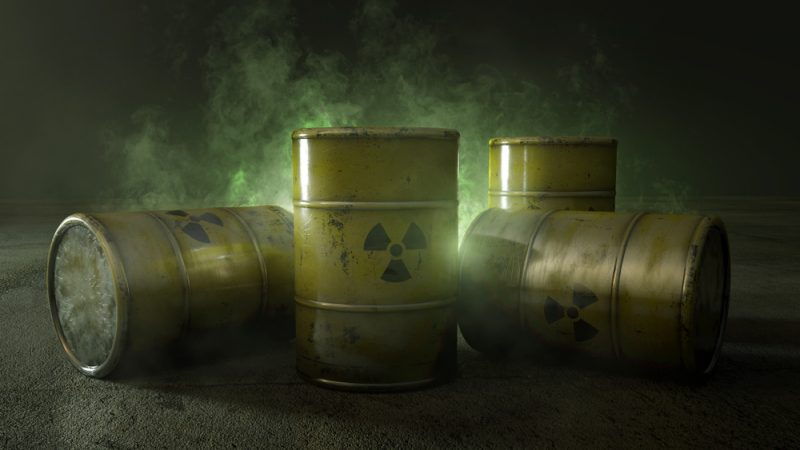 According to a joint information paper by the economy and environment ministry, three to five casks with highly radioactive nuclear waste are to be returned from La Hague in France to the interim storage facility in Philippsburg in Baden-Württemberg by 2024. [Shutterstock/ lassedesignen]

Germany and France have agreed that 152 containers of nuclear waste from Germany are to be treated in La Hague in northwestern France, while only three to five containers will return to Germany as the country is contractually obligated to take back its nuclear waste reprocessed abroad.

According to a joint information paper by German economy and environment ministries, three to five containers with highly radioactive nuclear waste are to be returned from La Hague in France to the interim storage facility in the southwestern German state of Baden-Württemberg by 2024.

The agreement also foresees financial compensation for France and for 30 empty containers to also be stored in Germany, which would make the radioactivity levels equal. The amount of compensation to be paid is unclear, however. The process took so long to finalise due to “technical difficulties”, the ministries explained.

“[The government] needs to be transparent regarding compensation payments and the effects on interim and final storage of the nuclear waste,” Green MP Sylvia Kotting-Uhl told German news agency DPA on Wednesday (9 June).

Germany is also obligated to take back nuclear waste currently stored in Sellafield in the UK. (Nikolaus J. Kurmayer  | EURACTIV.de)