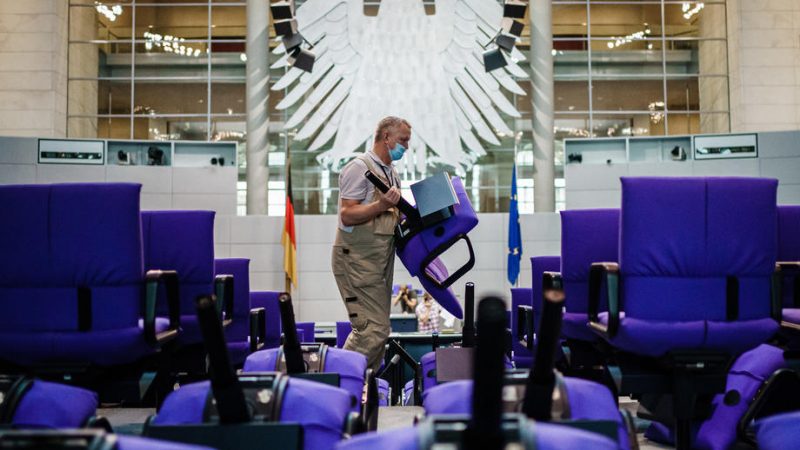 “The seating arrangements in the German Bundestag are not a merry-go-round that can be turned around at will,” said Stefan Müller, parliamentary manager of the Bavarian conservatives CSU. [EPA-EFE / CLEMENS BILAN]

As German parliamentarians are seated by fractions, the spot next to the far-right Alternative for Germany (AfD) party is particularly unpopular resulting in a recent dispute among lawmakers.

As the German business-friendly liberal FDP is set to enter government in a “traffic light” coalition, their newfound confidence has resulted in them making a move to change the seating order in parliament to get away from the far-right.

“The seating arrangements in the German Bundestag are not a merry-go-round that can be turned around at will,” said Stefan Müller, parliamentary manager of the Bavarian conservatives CSU.

“There is no conclusive reason to change the familiar seating arrangement,” he added.

In the scuffle over the seating arrangements, finding a two-thirds majority to change the seating order has proven difficult: neither the conservatives nor the AfD, who together make up about 36% of the seats, are likely to vote in favour.

Yet, far-left party Die Linke may make it easier for the liberals to move seats as they must only convince parts of the conservatives or AfD.

“Any democrat who no longer wants to sit next to the AfD has my full support,” said Jan Korte, parliamentary manager of Die Linke. His proclamation may make the race closer than the conservatives would like.