German parties settle in for long weekend of coalition negotiations 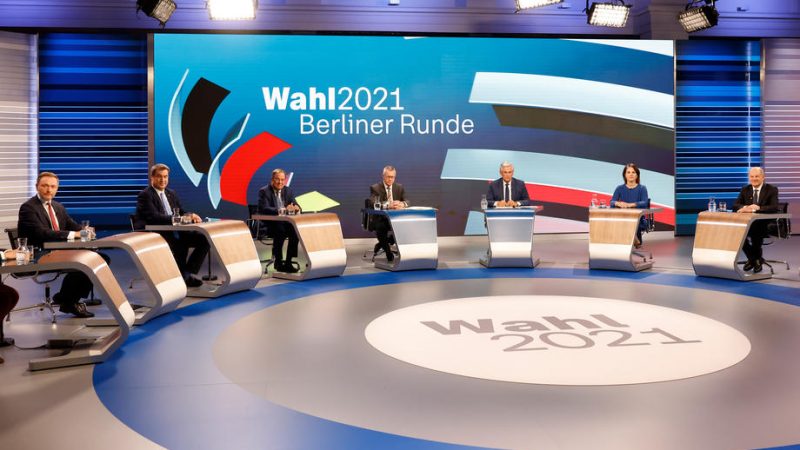 German parties have set up multiple dates over the weekend where their teams of 10 to 15 top-level politicians will hold coalition negotiations. [EPA-EFE/ MICHELE TANTUSSI]

Following the splintered party landscape after the 26 September elections, German parties have set up multiple dates over the weekend where their teams of 10 to 15 top-level politicians will hold coalition negotiations.

The business-friendly liberal FDP had initially asked the conservative union of CDU/CSU to meet on Saturday ahead of their meeting with election-winner social democrat SPD. The Bavarian CSU declined their offer in what EURACTIV understands is a move to weaken CDU chief Armin Laschet who is hanging on by a thread.

For Laschet, entering a coalition government with the FDP and the Greens, a so-called Jamaica government, is his last hope to hold onto power.

Instead, the FDP will be busy on Sunday with talks with the social democrats around noon, followed by the conservatives in the evening.

The Greens are somewhat less busy, as they will hold talks with the SPD on Sunday and the conservatives on Tuesday.

Notably, absent again in the explorative talks is Europe. Only the Greens called upon experienced EU lawmaker Sven Giegold to assist them in the negotiations. The FDP called upon EU lawmaker Moritz Körner as a stop-gap while Wolfgang Kubicki is currently undergoing surgery.