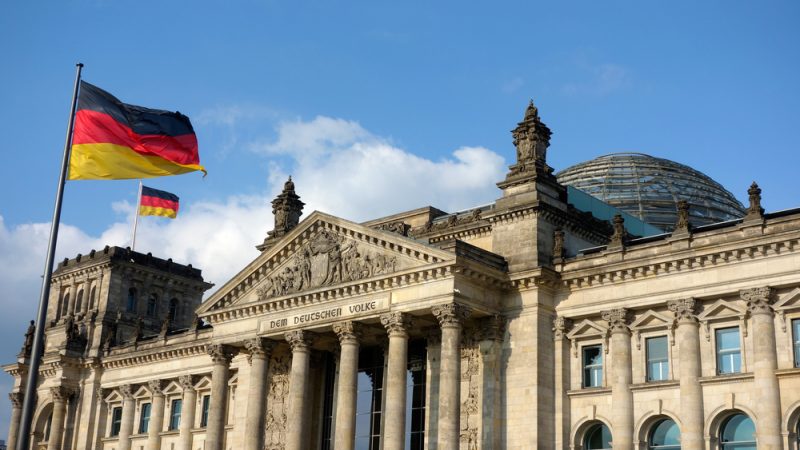 The leaders of Germany’s major parties delivered speeches on ‘political Ash Wednesday,’ a long-standing, originally Bavarian tradition usually characterised by raucous gatherings and crude rhetoric. Politicians from all sides criticised the EU, the German government, as well as the states in their responses to the coronavirus pandemic.

However, for this election year, the event was forced to go digital, and the coronavirus pandemic was high on the list of topics, with parties suggesting different paths forward.

While Bavarian leader and potential chancellor candidate Markus Söder (CSU) urged continued patience, saying “it’s getting better every day,” he had harsher words for the German government as well as the EU. He blamed the EU for issues in the vaccine rollout, which he said had “ordered too late” and “too little.”

In line with his earlier critiques of finance minister Olaf Scholz’s (SPD) aid package, he criticised the delays in paying coronavirus aid, which has been an issue in the country in recent months.

For his part, Scholz reassured Germans on the recovery package, assuring them that “we will hold out until the end of the crisis.” He also hit back at Söder: “I know a lot of things are bigger in Bavaria, but no one would have thought that the slingshots would be on such a scale,” in reference to Söder’s remarks describing the measures as a “slingshot without a stone,” while Scholz referred to them as a “bazooka.”

Söder also defended the stricter approach he adopted for his region during the pandemic. He did not commit to a deadline for reopening but noted that once the incidence rate in the country stably reaches 35 per 100,000, the country could reopen shops.

This has put Söder at odds with CDU chair Armin Laschet, who recently publicly broke with Söder and Merkel’s cautious course.

However, Laschet had more conciliatory words in his opening remarks for the CSU’s festivities, saying that “if the CDU and CSU stand by each other, we will also get through this all-important election year.” Nevertheless, Söder still delivered a jab at Laschet, remarking that “Merkel votes are only won for Merkel policies,” he said.

Green co-chair Robert Habeck was critical of the federal government and states’ approach to dealing with the pandemic, saying that these summits should not be a “vain display between Munich and Düsseldorf,” referring to the rivalry between Söder and Laschet. Annalena Baerbock, the other Green leader, also criticised the government for what she called a lack of “hands-on cohesion.” While the country is sticking together, “in the federal government, everyone is still fighting for themselves,” she added.

Also in the opposition, Christian Lindner, leader of the liberal FDP, advocated for more rapid tests to speed up the return to normal life. He also attacked the Greens, who he said were very lenient with Merkel’s policies and engaged in “false indulgence for party political motives” during the pandemic.

Söder stated that the FDP was the CDU/CSU’s “the priority partner” in a coalition. However, it is uncertain whether the liberals will gain enough support to reach a majority with the Christian Democrats. The latest poll from Forsa has the FDP at 7% and the CDU/CSU at 35%.

This could leave the Greens (currently at 19% in the Forsa poll) as the CDU/CSU’s only viable governing partner (since it has refused to seek another coalition with the SPD), which Söder acknowledged. However, this would “not be easy…the current programme that they have is not fit for a coalition,” Söder said. (Sarah Lawton | EURACTIV.de)