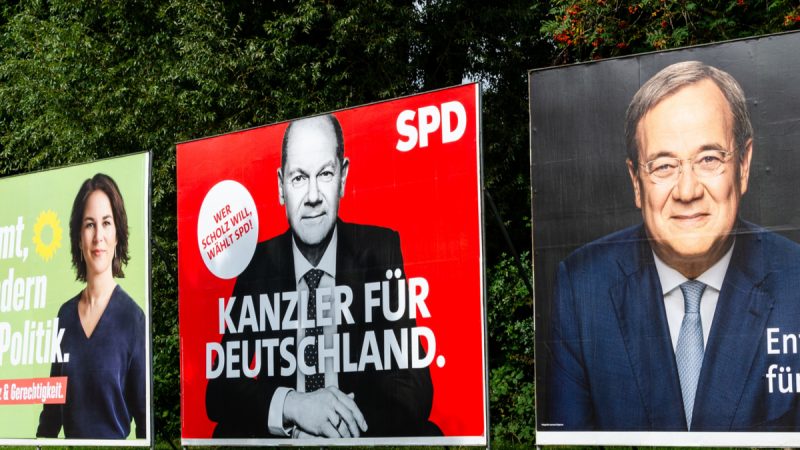 The candidate for the Social Democrats (SPD) is regarded as having had a very positive influence on his party’s uncharacteristically good showing. [shutterstock/Lutsenko_Oleksandr]

“We will hold coalition talks with the parties and not in the papers,” Social Democrat chancellor candidate Olaf Scholz told German TV on Monday as his party came out as the ahead of long-time rival, the conservative CDU/CSU Union, for the first time in decades.

Asked whether his young and left-leaning party members would support him in negotiations with the business-friendly liberal FDP, Scholz noted that his party was behind him, emphasising the SPD’s status as a big-tent party.

The Social Democrats (SPD) candidate is believed to have positively influenced his party’s uncharacteristically good showing. This could strengthen his position in possible intra-party fights between the party’s left-leaning youth wing and the more conservative, older MPs.

But while Scholz and his party made considerable gains in these elections with 5% more votes, the party’s conservative rival is now frantic to maintain party cohesion.

“Jamaica will offer a whole host of new possibilities, socially, environmentally and economic innovation led by a conservative union (CDU/CSU) with experience in government,” said the leader of the Bavarian CSU, which had achieved 33% of the vote, Markus Söder on Monday.