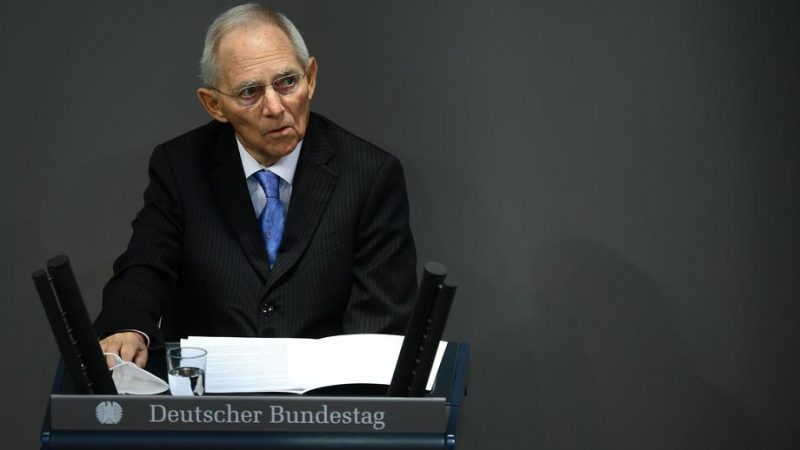 The ruling stems back to the government’s failure to inform parliament in 2015 about its position on Greece’s possible exit from the eurozone. [EPA-EFE/CLEMENS BILAN]

The German government must inform parliament comprehensively and as early as possible about its lines in EU negotiations, Germany’s Constitutional Court ruled in a judgment published on Wednesday.

The ruling stems back to the government’s failure to inform parliament in 2015 about its position on Greece’s possible exit from the eurozone.

During the euro crisis, the then finance minister, Wolfgang Schäuble, raised the possibility of Greece temporarily exiting the eurozone should it fail to implement required economic reforms.

The German Green party sued in 2015, complaining that the finance ministry had not informed parliament of the suggestions it was making at the EU level, leaving parliament to observe proceedings from the outside.

Germany’s top court found that the impact of the Greece issue on EU integration and Germany’s budget would have been significant, necessitating “particularly intensive involvement [of parliament]”. The judgement seals the importance of parliamentary participation in the EU integration process.

“Today’s ruling by the Federal Constitutional Court is a victory for parliamentary democracy. We are pleased that we were able to defend the Bundestag’s rights to information and participation against the secrecy and obfuscation tactics of the federal government,” said  Manuel Sarazzin and Sven-Christian Kindler, the Green MPs who brought forward the complaint. (Nikolaus J. Kurmayer  | EURACTIV.de)