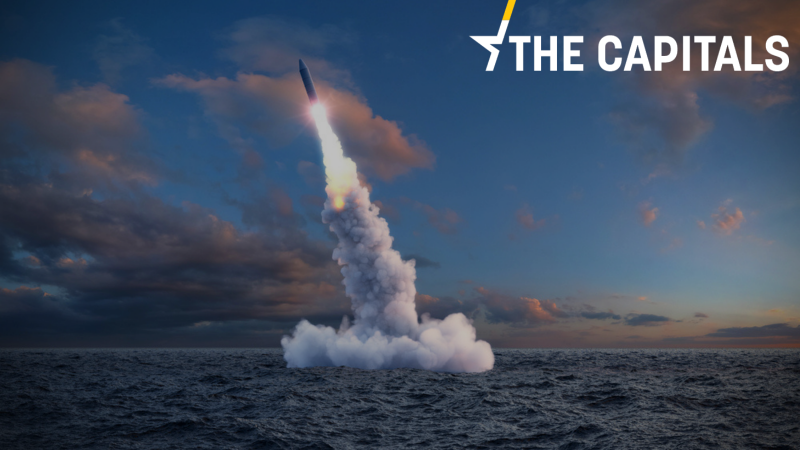 German caretaker defence minister Annegret Kramp-Karrenbauer said that Moscow should be aware NATO is ready to make use of its nuclear deterrent in case of a Russian attack against a member of the Alliance, triggering strong reactions in Germany. [Shutterstock / Alexyz3d]

German caretaker defence minister Annegret Kramp-Karrenbauer said that Moscow should be aware NATO is ready to make use of its nuclear deterrent in case of a Russian attack against a member of the Alliance, triggering strong reactions in Germany.

“We have to make it very clear to Russia that in the end – and that is also the deterrent doctrine – we are prepared to use such means so that it has a deterrent effect beforehand and no one gets the idea, for example, the areas over the Baltic States or in the Black Sea to attack NATO partners,” she told Dlf in an interview.

“That is the core idea of NATO, this alliance, and it will be adapted to the current behaviour of Russia. In particular, we see violations of the airspace over the Baltic states, but also increasing attacks around the Black Sea,” she added.

The comments came as Russia last week announced it would break off existing institutionalised contacts with NATO. At the same time, the alliance agreed on a new master plan to defend against any potential Russian hybrid attack.

AKK’s statement prompted the reaction of Rolf Mützenich, head of the Social Democrats in the German parliament, who described it as “irresponsible”.

Mützenich is especially known for his pacifist views, having written his 1991 doctoral thesis on nuclear-free regions and regularly argues to exclude the stationing of US nuclear weapons on German soil.

“It is a mystery to me whether the minister also thought of the nuclear weapons still stored in Germany,” said Mützenich.

It is understood that there are about 20 nuclear bombs of varying sizes lying in wait on German soil at an airbase in Rhineland-Palatinate as a result of NATO nuclear sharing.

Mützenich’s remarks are especially noteworthy as he is part of a six-person team leading the negotiations as German parties aim to form a so-called “traffic light” governing coalition that would have to reposition itself on issues like nuclear sharing, Germany’s relationship with Russia, and its position towards NATO.

While all parties are committed to Germany’s NATO membership, the issue of nuclear sharing and having nukes on German soil are more contentious, with the Green’s co-leader Annalena Baerbock being openly critical of having nuclear weapons in Germany.

On 7 September, Baerbock stated on national TV that the “disarmament must also include the American nuclear weapons here in Germany and in Europe as a whole”, adding that she was also in favour of accession to the UN treaty banning all nuclear weapons.

The SPD faction in parliament published a position paper in 2020, calling for the abolition of all nuclear weapons. “Our ultimate goal in this regard is the complete global disarmament of existing arsenals of weapons of mass destruction,” the faction stated.

As the SPD, the business-friendly liberals FDP and the Greens are currently locked in coalition negotiations with the aim of having a functioning government in place by early December, whether nuclear weapons have a future on German soil is uncertain.

6 responses to “Germans clash over nuclear deterrence against Russia”