Germans close to forming government with a ‘green’ veto right 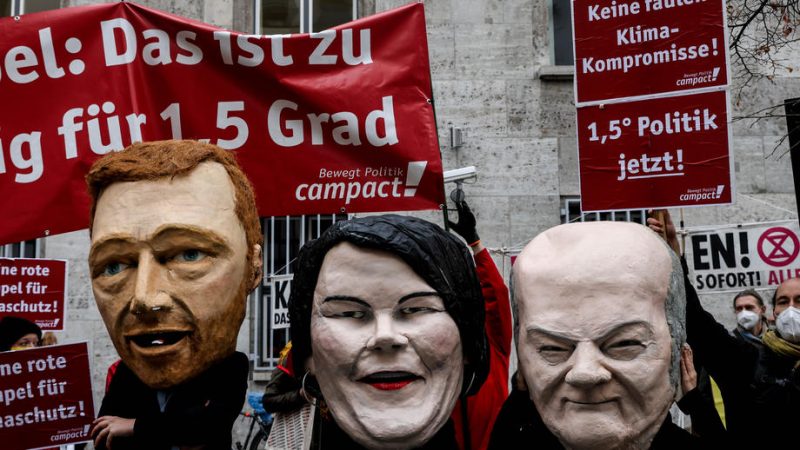 As negotiations in Berlin over Germany’s first-ever three-way government continue, their ambitious timeline may be back on track. [EPA-EFE / FILIP SINGER]

As negotiations in Berlin over Germany’s first-ever three-way government continue, their ambitious timeline may be back on track. The rumour mill, previously busy with dubious “leaked” lists showing which people will take ministries, has now turned towards Tuesday when a big announcement is said to be due.

While there were some issues left to hammer out, BusinessInsider reported that the social democrat SPD, the Greens and the business-friendly liberal FDP were aiming to announce their extensive coalition treaty on Tuesday.

While a negotiator told EURACTIV that they were not aware of a possible conclusion of the talks, BusinessInsider reported that the last sticking point in the negotiations was introducing a so-called “veto right” for the Greens’ climate ministry.

Equipped with a veto right, the climate ministry would be able to veto all legislative proposals by other ministries which would go against the climate goals.

The Greens’ had previously called upon environmental NGOs to increase the pressure on the negotiating parties, as they had felt shortchanged in the coalition negotiations: both the SPD and the FDP had successfully pushed for their core campaign promises, while disregarding climate protection measures.

The FDP had managed to keep the German highways speed-limit free, while the SPD’s focus on relieving the pressure on economically weak citizens had clashed with the Greens ambitions to increase the country’s carbon price, ban the combustion engine, and speed up the coal phase-out.

Consequently, the Greens had delayed the coalition talks to increase their leverage, as aspiring chancellor Olaf Scholz hoped to be in power in early December.