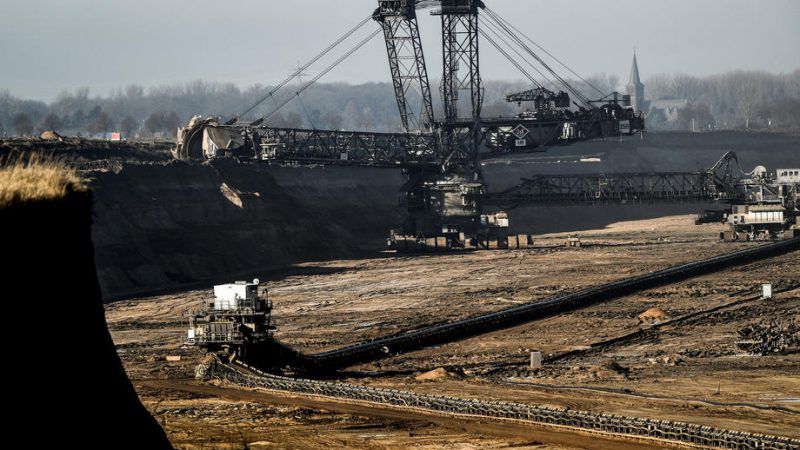 A brown coal excavator removes layers of earth in the Tagebau Garzweiler daylight mine operated by RWE near Jackerath, Germany, 21 January 2020. [EPA-EFE/SASCHA STEINBACH]

More than 1,500 megawatts (MW) of coal-fired generation will be shut from Dec. 8 this year, Germany’s energy regulator said on Thursday, announcing the results of the second round of auctions designed to cushion the cost of closing polluting plants.

Germany has promised to abandon coal by 2038 and achieve a mostly carbon-free energy system by 2050, but it is also trying to lessen the impact on utilities, regions, employment and the public budget.

Under a series of tenders between 2020 and 2027, operators are asked to declare at which price they would be prepared to shut their plants that use hard coal in return for funds to offset some of their losses.

The regulator sets a maximum price per MW of capacity to cap the public sector bill. The ultimate price takes into account bidders’ offers and the CO2 emissions of the plants in question.

After 2027, compensation will no longer be available, so operators are ready to bid as low as possible to avoid losing out to competitors.

“The auction was again oversubscribed,” Jochen Homann, the head of the Bundesnetzagentur regulator, said. “The highest award lies significantly below the previously set maximum price.”

In all, the successful bidders will receive between zero and 59,000 euros per MW, the regulator said.

This was what they had offered to close their plants for, after the regulator set a maximum price of 155,000 euros/MW.

More highly polluting brown coal is being shut down via a separate scheme with fixed compensation.