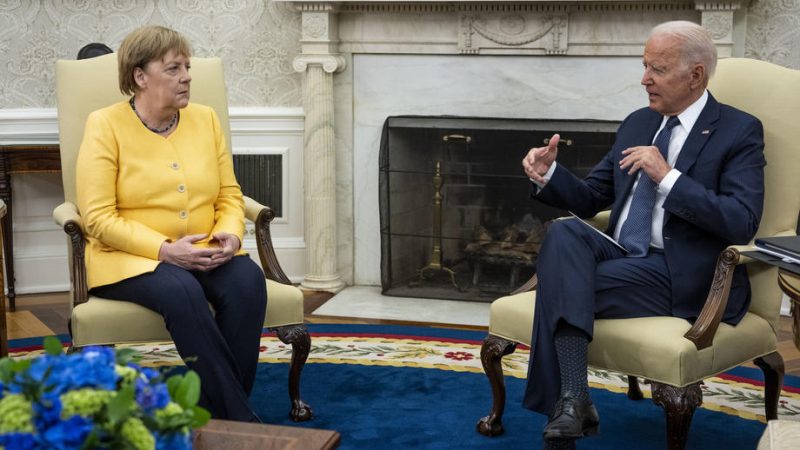 The conflict between Berlin and Washington over the construction of the controversial Nord Stream 2 pipeline bringing Russian gas to Germany has been laid to rest with a joint declaration “in support of Ukraine, European energy security, and our climate goals.”

The Nord Stream 2 pipeline had been considered by many to be a geopolitical move by Russia aimed at weakening Ukraine by cutting off its income from gas transit. The US had also feared that it would increase the EU’s energy dependency on Russia, which is already by far the largest energy exporter to the bloc.

The agreement alleviates immediate fears by mandating that “should Russia attempt to use energy as a weapon or commit further aggressive acts against Ukraine,” Germany is to act at the national level and press for effective actions at the EU level. These measures will include sanctions and should target the energy sector or other economically relevant sectors.

The Trump administration had levied heavy sanctions on involved companies, prompting many to pull out. Russia threw its weight behind the continued construction of the pipeline, which is set to be completed late this summer according to its leading construction firm.

The core concessions made by Germany include that it “commits to utilising all available leverage” to facilitate an extension of the Ukraine transit agreement of 10 years beyond 2024 after which the current agreement is set to run out. Germany will also provide assistance in order to include Ukraine in the European electricity grid.

Germany ought to also provide €175 million to a Ukraine fund meant to facilitate the development of hydrogen and accelerate the transition from coal.

“It is good that we are once again pursuing our common goals and convictions with the USA, including in Russia and energy policy, and that we have also been able to agree on constructive solutions on the issue of Nord Stream 2,” said German Foreign Minister Heiko Maas.

“The deal Biden reached with Germany isn’t perfect, but it’s a good outcome under the circumstances,” tweeted democratic senator Chris Murphy, adding that the US could have burned their relationship with Germany to the ground and the pipeline would still have been built.

Following German Chancellor Angela Merkel’s visit to the US, which was only her third trip in her 16 years in power, and now the joint declaration, relations between the Biden administration and Germany appear to be at an all-time high. The agreement also cemented the climate partnership announced by Berlin and Washington on 15 July.

The deal triggered a strong of reactions in Eastern Europe.

Kuleba said official notes to Brussels and Berlin had already been sent.