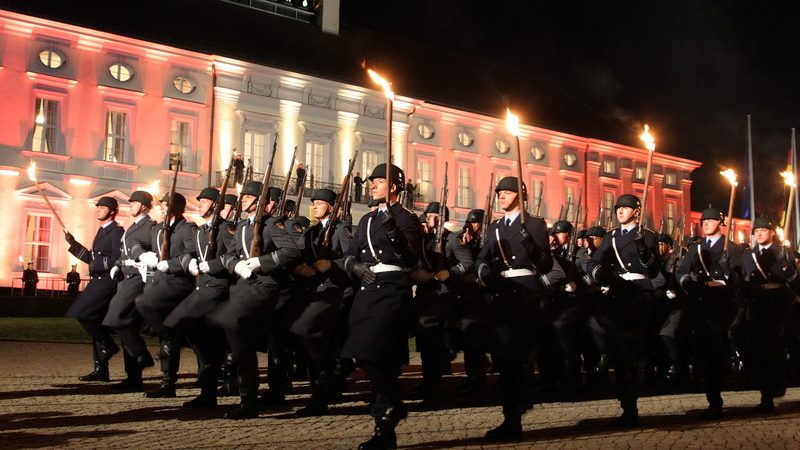 Germany’s commitment cost the lives of 59 soldiers, whose service alongside their surviving comrades was honoured in front of the Reichstag on Wednesday (13 October). [EPA-EFE / Wolfgang Kumm]

Given Germany’s complicated history with foreign military interventions, its commitment to the Afghanistan intervention in 2002 and the almost 20 years spent abroad that followed was surprising.

Germany’s commitment cost the lives of 59 soldiers, whose service alongside their surviving comrades was honoured in front of the Reichstag on Wednesday (13 October) in a military tattoo. It also marked the completion of a shift in the political discourse on Germany’s relationship with its military.

“I am deeply grateful to all soldiers who have risked their lives for the Bundeswehr in Afghanistan over the past 20 years,” tweeted would-be social democrat chancellor Olaf Scholz from Washington.

“It is now up to policymakers to systematically process this deployment and learn lessons from it,” tweeted vice-chancellor hopeful Annalena Baerbock from the Greens.

The German military is a so-called parliamentary military. It is not allowed to conduct foreign operations without a clear and specific mandate from the German parliament.

For Germany, military operations generally result in considerable political turmoil. Many parties either espouse pacifist policies like the far-left Die Linke party or used to, like the Greens, who found their origins in part in the anti-war movement, which came to be during the cold war.

Many observers noted that the change in German sentiment was best observed because despite men marching directly in front of the Reichstag building, no visible political figures spoke out against the tattoo meant to honour the 93,000 German soldiers deployed to Afghanistan over the years.