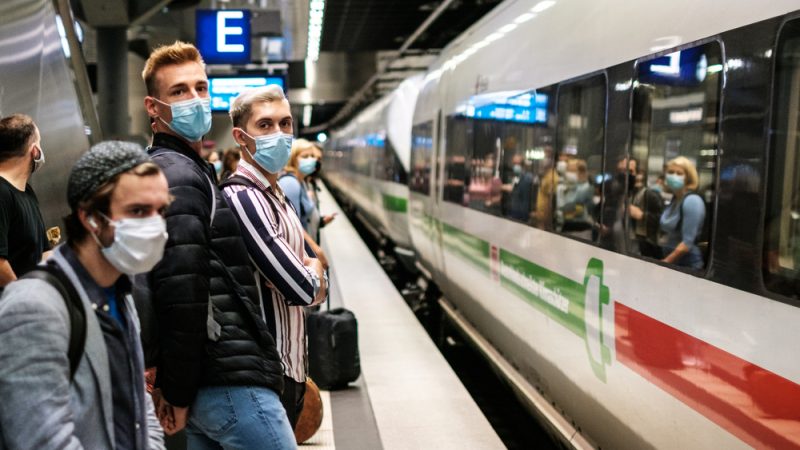 As Germany is increasingly afraid of Delta, formerly referred to as the Indian variant, officials are worried about lifting restrictions too fast before ascertaining the impacts of the states’ initial reopening steps. [Shutterstock/ hanohiki]

The debate comes against the background spread of the more infectious Delta variant first identified in India in the country. Officials are worried about lifting restrictions too fast before ascertaining the impact of Germany’s initial steps to reopen in recent weeks.

“We should not create the impression the pandemic is over,” said Michael Weil, the premier of the northern German state of Lower Saxony, adding that wearing masks on public transport should remain mandatory for the foreseeable future.

“We all gain more from disciplining ourselves a little and being careful,” said a spokesperson for Merkel, warning of new virus variants.

Germany’s teachers’ association spoke out against lifting indoor mask-wearing obligations, seeing as only about half of the country’s teachers are so far fully vaccinated.

Liberal voices have instead called for a controlled lifting of masks, such as leader of the Free Democrats (FDP) Christian Lindner, who called for the immediate lifting of requirements to wear a mask in outdoor settings. (Nikolaus J. Kurmayer  | EURACTIV.de)