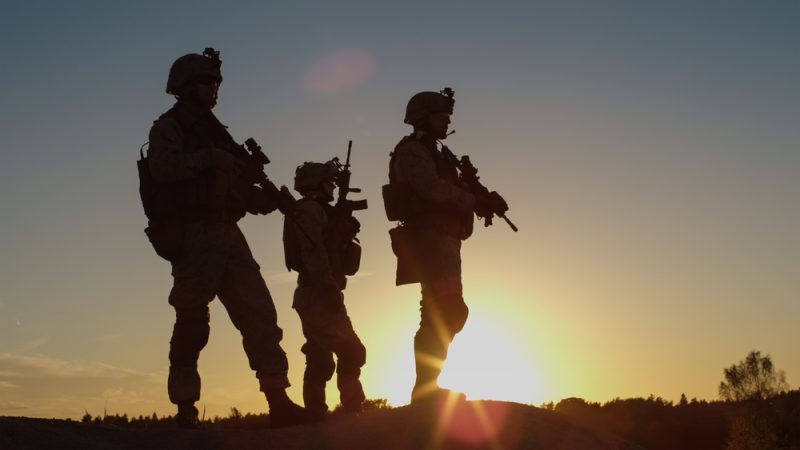 There are currently 80 Bundeswehr soldiers deployed in the mission, which counts military personnel of about 3,700. The decision makes Germany the third-largest contributor to KFOR, after Italy and the United States. [Gorodenkoff/Shutterstock]

Germany extended the military deployment of the NATO-led peacekeeping mission Kosovo Force (KFOR) yesterday (22 June). Especially the Russian influence in the region is seen as a problem.

There are currently 80 Bundeswehr soldiers deployed in the mission, which counts military personnel of about 3,700. The decision makes Germany the third-largest contributor to KFOR, after Italy and the United States.

“Our commitment on the ground with the people in Kosovo and in general with the people in the Western Balkans region is more important than ever these days. Because we are witnessing a brutal war in the middle of Europe,” Thomas Hitschler, state secretary in the German defence ministry, told the Bundestag on Wednesday.

“And it also has repercussions here in Western Europe as well as, and especially, in the multi-ethnic Western Balkans. Russia has always had a considerable interest in destabilising the region. This is also a way of exerting pressure on the European Union,” he added.

While the motion to extend the operation states that the situation is currently stable, it emphasises that the potential for escalation between Serbia and Kosovo remains, especially in the north.

“Against the backdrop of Russia’s war of aggression on Ukraine, concerns are rising about Russian attempts to destabilise the region,” the motion reads.

Serbia remains one of Russia’s closest allies in the region, as the government of President Aleksandar Vučić has so far refused to enact sanctions against Russia despite repeated calls from the European Union.

“In light of these developments, the NATO operation continues to remain in the interest of Germany’s security strategy in the region.”

To ensure security in the Western Balkans, the German government has also opted to contribute personnel to the EU stabilisation force in Bosnia (EUFOR-ALTHENA) – something Germany hasn’t done since 2012. The Bundestag will vote on the respective motion to rejoin the operation on Friday.

“For this reason, we as the Federal Government have decided, subject to the approval of the German Bundestag, to remain involved in EUFOR ALTHENA in Bosnia and Herzegovina,” Hitschler said.