Germany has ‘not forgotten Russia is the aggressor’, says defence minister 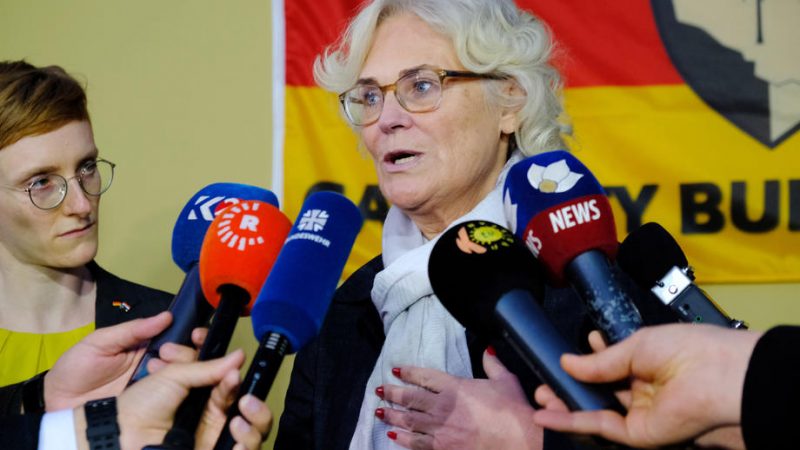 Germany’s stance on the buildup of Russian troops at the Ukrainian border is clear, the country’s defence minister Christine Lambrecht said on Tuesday after meeting NATO Secretary-General Jens Stoltenberg in Berlin. Her comments came amid a series of course changes within the German government coalition.

“There is no doubt that Russia’s deployment of troops at the Ukrainian border violates all rules of peaceful relations”, the Social Democrat minister said during a joint press statement with Stoltenberg in Berlin. “We have not forgotten: the aggressor is Russia”, she added.

Lambrecht’s assurances came after some back and forth within Germany’s three-party government.

After meeting with Stoltenberg earlier during the day, Chancellor Olaf Scholz moved away from his refusal to include the pipeline project Nord Stream 2 in the arsenal of potential sanctions against Russia.

Asked whether the launch of the pipeline might be halted as part of possible sanctions, Scholz said that “all potential measures would be discussed”. Previously, he had called Nord Stream 2 a “purely economic project” that should not be politicised.

At the same time, Green Foreign Minister Annalena Baerbock, known to favour a harder line on Russia than Scholz, stressed the need for dialogue and cooperation during her visit in Moscow and managed to stare down her seasoned Russian counterpart.

“Russia and Germany both play an important role in our common European house”, Baerbock said after a meeting with Russia’s foreign minister Sergei Lavrov.

“We have a fundamental interest in stable relations”, she said, adding a list of Western grievances, including accusing Russia of refusing to adhere to common rules, and challenging Lavrov on the jailing of the political opposition leader Alexei Navalny as well as the closure of human rights organisation Memorial.

One response to “Germany has ‘not forgotten Russia is the aggressor’, says defence minister”