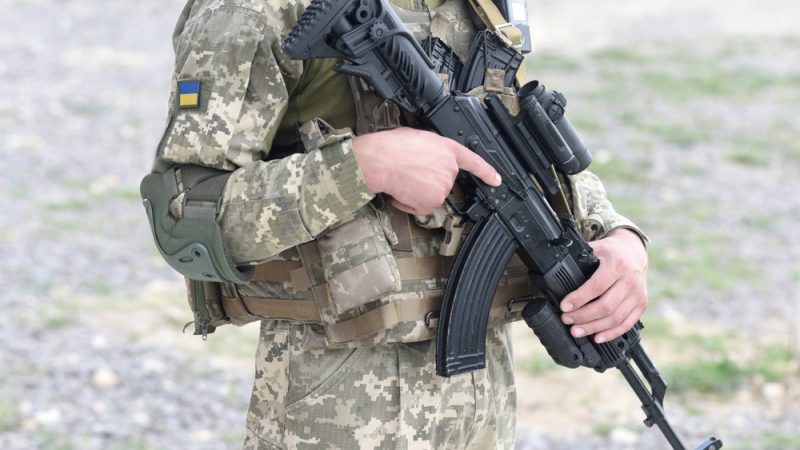 As Germany’s government remains gridlocked over direct heavy weapon deliveries, Berlin has turned to a swap deal with Slovenia to support Ukraine with tanks indirectly.

Germany is planning to deliver “Marder” and “Fuchs” tanks to Slovenia in return for Ljubljana delivering between 30 and 40 “T-42” tanks to Ukraine, several German media reported on Thursday (21 April), citing government sources.

Defence Minister Christine Lambrecht announced the deal earlier in the day. “The point is to deliver weapons as quickly as possible now,” she said on TV channel NTV, adding that the two coming weeks would be decisive in Ukraine’s fight against Russia.

She promised that the tanks from Slovenia will reach Ukraine in the coming days.

The Slovenian defence ministry initially declined to comment on any potential agreements to send weapons to Ukraine, but later acknowledged that Defence Minister Matej Tonin had talked with his German counterpart Christine Lambrecht via video call on Wednesday (20 April).

“They discussed how allied countries can help Ukraine to defend itself against Russian aggression, and from this aspect, different ways in which Slovenia and Germany can jointly help Ukraine,” the ministry said.

The news comes after Germany’s coalition government under Chancellor Olaf Scholz has increasingly come under fire – even from the governing parties’ own ranks – for its inaction on heavy weapon deliveries to Ukraine.

The chancellor has remained hesitant, as the delivery of heavy weapons directly to active war zones had so far been a practice officially shunned by Germany. For Scholz, the swap deal provides a way around this conundrum as, technically, Germany is delivering weapons to Slovenia and not Ukraine.

Meanwhile, Lambrecht argued the quid-pro-quo move also brings practical benefits as Slovenia’s T-42 stem from Soviet times and can easily be operated by Ukrainian soldiers, who have been trained on Soviet-style equipment, while the German tanks would have made necessary additional extensive training, she said.