Germany may supply weapons to Ukraine via Czechia, Slovakia 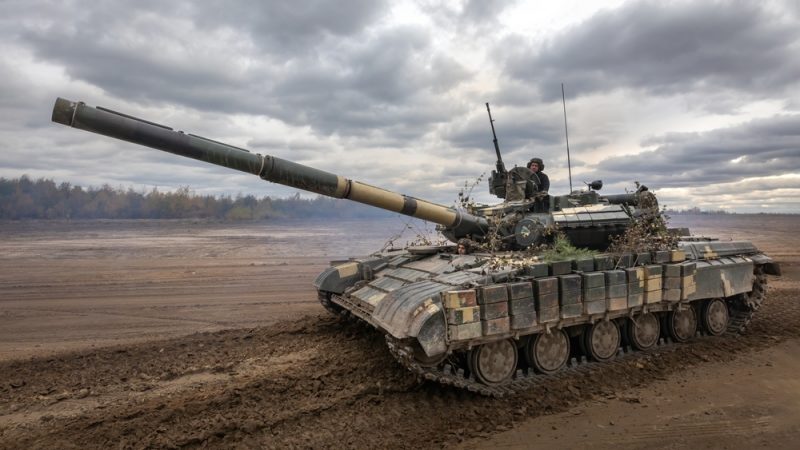 Czechia has already sent Ukraine military equipment worth €120 million, while Slovakia has delivered military aid worth €200 million. The deals both countries have sought with Germany are due to their limited military capacities.   [Shutterstock/Drop of Light]

Berlin is working with Bratislava and Prague on agreements to unlock further tank and heavy weapons supplies to Ukraine as both countries negotiate a “chain swap” to replace weapons and tanks Czechia and Slovakia are sending to Ukraine.

Negotiators of both countries are currently discussing the specific form of cooperation, but details have not been disclosed yet.

“We want to work closely together when it comes to arms supplies,” German Chancellor Olaf Scholz said on Thursday (4 May) after meeting with Czech counterpart Prime Minister Petr Fiala.

“The Czech Republic can provide Russian-made weapons that Ukraine would use immediately, and we can help the Czech army maintain the necessary strength. We call it a chain swap,” said Scholz, quoted by the Czech News Agency.

Fiala confirmed they had agreed on a project to modernise the Czech army linked to concrete support for the Ukrainian armed forces, adding that political consensus on the matter had been found quickly.

Slovakia offers Germany a similar deal as Defence Minister Jaroslav Naď proposed to send Soviet-made T-72 tanks to Ukraine in exchange for German-made Leopard 2. Negotiations are underway, but nothing is confirmed yet. Compared to the T-72, Leopards are a higher-class tank, which could be an obstacle in negotiations on the German side.

If the deal materialises, the Slovak army would de facto profit from help sent to its war-torn neighbour Ukraine. Slovakia already received a replacement for an S-300 defence system when its allies purchased four batteries of a newer Patriot system which are nevertheless still owned by the German, Dutch, and American armies.

Czechia has already sent Ukraine military equipment worth €120 million, while Slovakia has delivered military aid worth €200 million. The deals both countries have sought with Germany are due to their limited military capacities.