Germany likely to open an investigation into far-right AfD 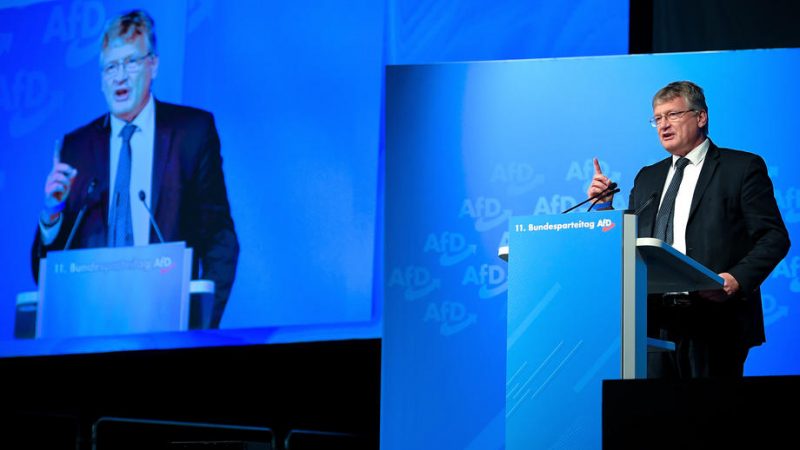 The German Office for the Protection of the Constitution (BfV) will likely be opening an investigation into the far-right Alternative for Germany (AfD) party as early as next week.  This would would allow the domestic security agency to monitor party members, wiretap phones, and deploy informants.

The plan has been received with “great unanimity” among Germany’s other major parties according to an unnamed state interior minister, public broadcasters report.

However, this is not the party’s first run-in with the agency.

In 2018, the AfD was classified as a ‘test case,’ and in March 2020, the BfV opened an investigation into the farthest right faction of the party called ‘the Wing’ – which the AfD later dissolved in April that year – headed by Thuringian party leader Björn Höcke and Brandenburg politician Andreas Kalbitz, who has since been expelled from the party.

The agency believes that this far-right faction has grown in influence in recent years.