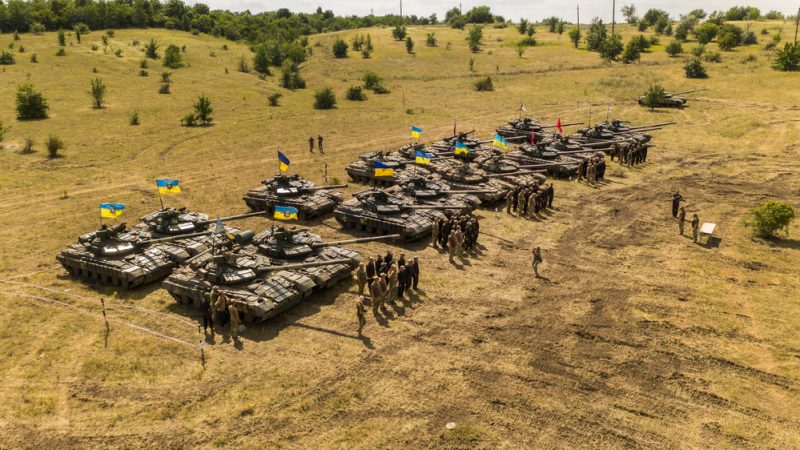 German Foreign Minister Heiko Maas rejected a request for weapons on Tuesday from Ukraine, which has been fighting Russian-backed separatist rebels in the east of the country since 2014.

Speaking ahead of a NATO meeting, Maas reiterated Germany’s commitment to a political solution in Ukraine after President Volodymyr Zelensky told FAZ in an interview that his country needed “lethal weapons” and that “Germany has great ships: speedboats, missile speedboats, patrol boats.”

“I am convinced that the conflict can only be solved by political channels, and that should be clear to all involved,” Maas told reporters ahead of an online meeting of NATO foreign ministers.

“This remains the guiding principle of our engagement, and it won’t change – weapons deliveries don’t help in this,” he added.

Zelensky had also asked for assault rifles and pointed out that Ukraine had received Hummers from the US, while Germany, a leading nation in the production of armoured vehicles, had not provided assistance in that regard.

“We do not question Ukraine’s right to self-defence,” Maas said, reminding that Germany was Ukraine’s biggest bilateral donor, having donated €2 billion to civil matters since 2014.

While Berlin and Paris have spearheaded diplomatic efforts to settle the lingering conflict in eastern Ukraine, a political solution is not expected any time soon.

Asked whether a moratorium on the controversial Nord Stream 2 German-Russian gas pipeline might not be an important signal, Germany’s foreign minister referred to the ongoing talks with the US on the issue.  (Nikolaus J. Kurmayer  | EURACTIV.de)