Germany says new border controls are on the table 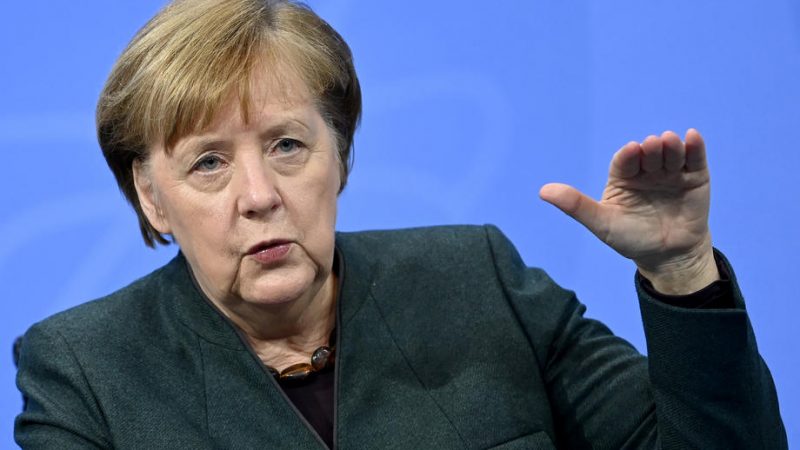 Merkel: "If countries should decide to take different paths… you have to be ready to say then, we’ll have to reintroduce border controls." [EPA-EFE/FILIP SINGER]

German Chancellor Angela Merkel has called on EU partners to agree on measures to halt new variants of coronavirus, otherwise, borders checks will have to be re-introduced.

“If countries should decide to take different paths… you have to be ready to say then, we’ll have to reintroduce border controls. We don’t want that, we want to find an agreement with our partners, but we can’t have that (infections) just coming because other countries are taking another path,” Merkel said, as reported by AFP.

Meanwhile, Merkel and state leaders reached a decision to extend the country’s lockdown on Tuesday, which will now last until 14 February. This includes the continued closures of non-essential shops and schools.

Leaders also agreed to some stricter measures, namely the requirement to wear FFP2 masks or operational masks in supermarkets and on public transport, in an effort to combat the more contagious mutation of the virus. Employers are also now required to facilitate working from home arrangements for their employees, whereas before this was just encouraged.