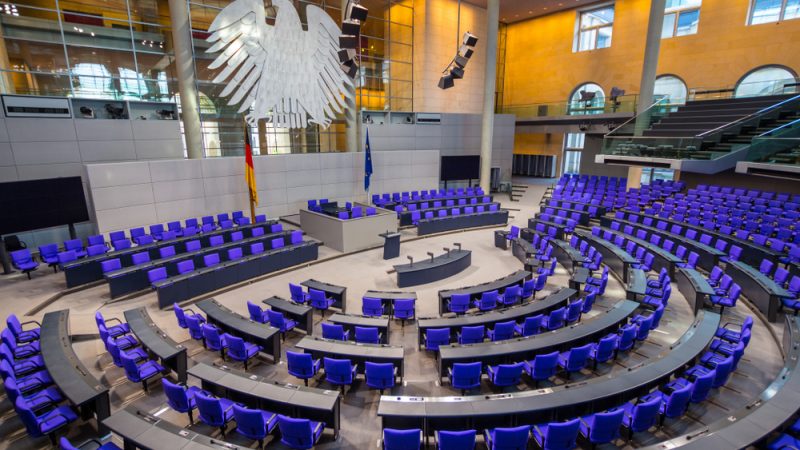 The law aims at enforcing the compliance with human rights of German companies that produce in third countries. [Shutterstock/shirmanov aleksey]

The German parliament on Friday will vote on a supply chain law in what could be “a breakthrough for the enforcement of human rights,” according to German Labour Minister Hubertus Heil. Both industry and civil society organisations are not satisfied with the legislation.

The law aims at enforcing the compliance with human rights of German companies that produce in third countries, including tackling human rights violations such as child labour, exploitation, discrimination and the absence of labour rights.

“It is a clear signal to all the companies that weigh out profit margins against human rights,” Heil said. “This is a success for all the people that have to work under unworthy, hazardous and sometimes deadly conditions. Our law will give these people greater rights.”

These companies will be required to conduct human right risk assessments, to implement preventive measures and to establish means of making complaints throughout all of their value chains.

The draft legislation also entails a requirement for companies to undertake environmental due diligence, mainly in regard to the prevention of certain harmful chemicals in their global production process.

The legislation has proven controversial. While civil society organisations have wanted the law to go further, the initiative has been heavily criticised by industry representatives.

The Federation of German Industries (BDI), which represents more than 100,000 German companies has warned that it could lead to companies withdrawing from third countries, a gap that would then be filled by foreign competitors.

Civil society groups have said the law has been watered down considerably due to please the industry lobby. Initially intended to apply to all companies with upwards of 500 employees, and to include civil liabilities, the threshold was later raised, and the civil liabilities section was removed. This would render the law mostly ineffective, Oxfam Germany said.

Germany would be the second EU country to pass such a law, just behind France. However, Brussels will have a close eye on the German law as the Commission is currently working on a similar legislative proposal to be presented this summer. (Oliver Noyan | EURACTIV.de)