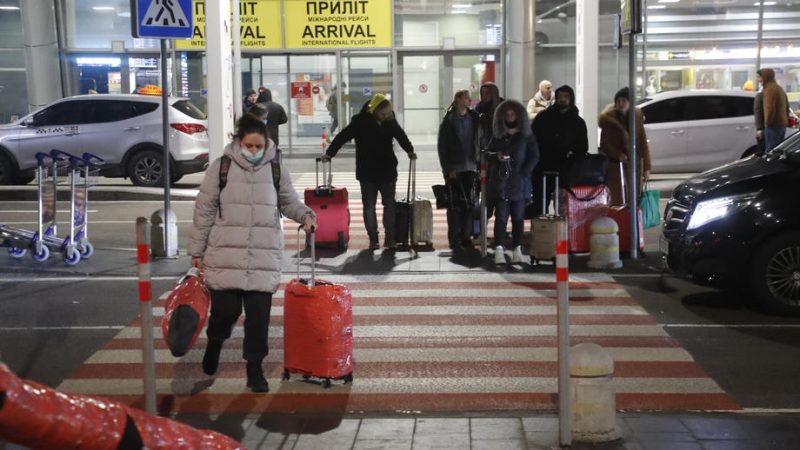 The federal foreign office has urged Germans to leave Ukraine “immediately”, while airlines will halt flights to Kyiv and Odessa from Monday.

In the face of intensifying tensions between Russia and Ukraine, the government “urgently” calls on all German citizens to “leave the country now,” according to a statement released at the weekend.

The foreign office had already issued a travel warning for Ukraine one week ago urging anyone without an important reason to stay to leave sooner rather than later.

“A military conflict is possible at any moment,” the office said. “In case of a Russian attack on Ukraine, the possibilities to support German citizens will be very limited,” the statement added.

On Friday, US President Joe Biden said he was “convinced” Russian president Vladimir Putin had decided to invade Ukraine within the week. However, German foreign minister Annalena Baerbock said an attack was not yet certain.

Meanwhile, German airline group Lufthansa announced it would halt flights to Ukraine’s capital Kyiv as well as Odessa from Monday. For now, the suspension will last until the end of the month. Apart from Lufthansa itself, the group comprises Brussels Airlines, Eurowings, Swiss, and Austrian Airlines.

However, flights to the city of Lviv in Western Ukraine will continue to operate regularly, according to Lufthansa.