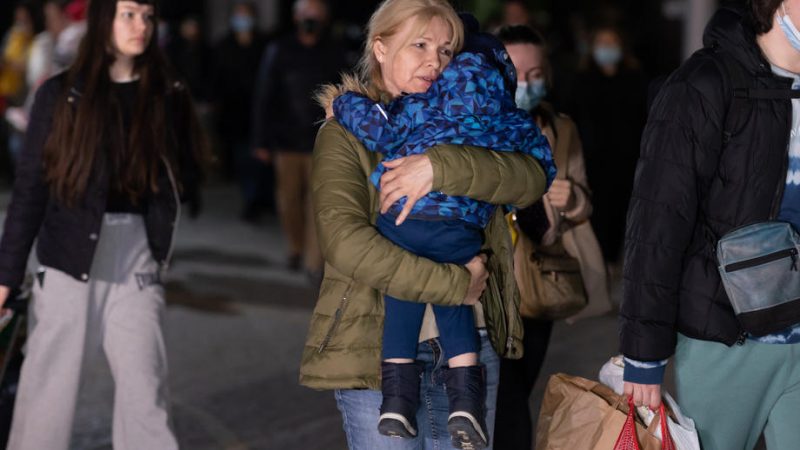 More than 13,000 Ukrainian refugees had passed through Serbia, and most were in transit, the commissioner told N1. Cucić adding that the refugees were spread out across “45-46 municipalities and cities.” [EPA-EFE/Carlos Diaz]

The distribution of refugees across Germany’s 16 federal states, who have all signalled their willingness to take in people fleeing from Ukraine, remains uneven as redistribution measures within the country are voluntary.

Overall, around 50,300 refugees have been registered in Germany so far, a spokesperson from the interior ministry told reporters on Monday.

While the number is small compared to the total number of people fleeing, the inflow of refugees has been highly concentrated in some cities, notably Berlin, where refugees arrive on trains from Poland.

On Sunday (6 March), Berlin mayor Franziska Giffey (SPD) called on the federal government for support, saying that 11,000 refugees had arrived in the city on Friday alone. “Accommodating people from Ukraine is a national task,” she said.

The problem, however, does not seem to lie in the rest of the country’s willingness to help since all 16 federal states have offered to take in refugees, the ministry spokesperson stressed.

But because Ukrainian citizens can enter the EU without a visa and freely travel within the bloc for 90 days, any measures aimed at redistributing refugees to other parts of Germany, such as providing free buses and trains, can only be voluntary.

“We know that many people want to travel where they already have family or friends,” the spokesperson added.

The situation in Germany mirrors that of the EU, where redistribution measures are not foreseen and would only be voluntary, even though the vast majority of refugees are being hosted by Ukraine’s neighbouring countries.

Instead, EU countries are focusing on material and financial support to the major host countries.