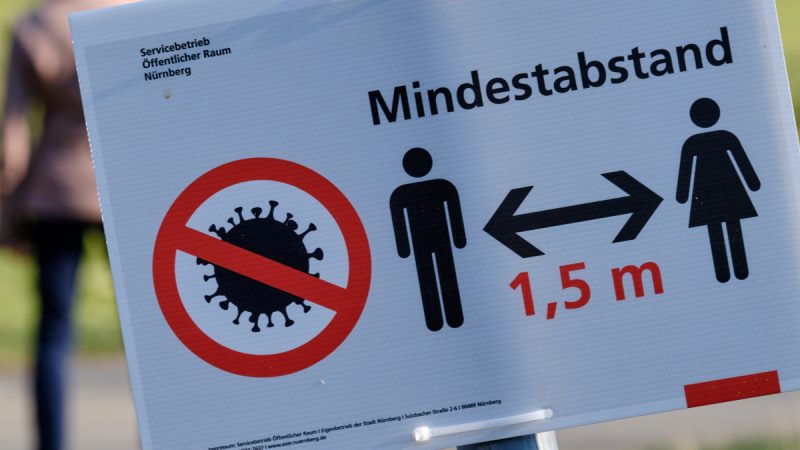 Caretaker Chancellor Angela Merkel and the 16 minister-presidents agreed to a new set of restrictions late on Thursday. [Shutterstock / franconiaphoto]

As Germany faces the full brunt of the fourth wave of the pandemic and vaccination rates continue to be lower than those of Spain and Italy, outgoing Chancellor Angela Merkel and the 16 minister-presidents agreed to a new set of restrictions late Thursday (18 November).

Instead of measuring the severity of the pandemic by the number of people infected, Germany now measures the ‘hospitalisation’ rate: how many out of 100,000 citizens are hospitalised.

In a three-step system from three, six and nine hospitalisations out of 100,000 people, Merkel and the leaders of the German states agreed that different measures would apply.

In areas with a hospitalisation rate of more than three Covid patients per 100,000 people over the past seven days, only the vaccinated and those who have recovered from the virus will be allowed access to public spaces. Should the hospitalisation rate be higher than six per 100,000 people, public areas will be limited to vaccinated people and those with a negative antigen test.

The hospitalisation rate in Germany is currently at 5.3 per 100,00 inhabitants, while Saxony-Anhalt and Thuringia are above nine.

The vaccination rate in Germany continues to falter. In all, 68% of Germans are vaccinated, while the Eastern states barely surpass 60%.

Should the rate of nine hospitalisations per 100,000 inhabitants be reached, the German states would have to take additional measures, potentially including limiting social contact and more severe actions like curfews and lockdowns.

“I think that the fourth pandemic wave was underestimated. Some scientists were not really giving an alert, others were. There was a lot of wishful thinking in our government,” Karl Lauterbach, a social democrat health expert, told Deutsche Welle after the discussions between Merkel and the state representatives.