Germany under fire from China and Russia at UN 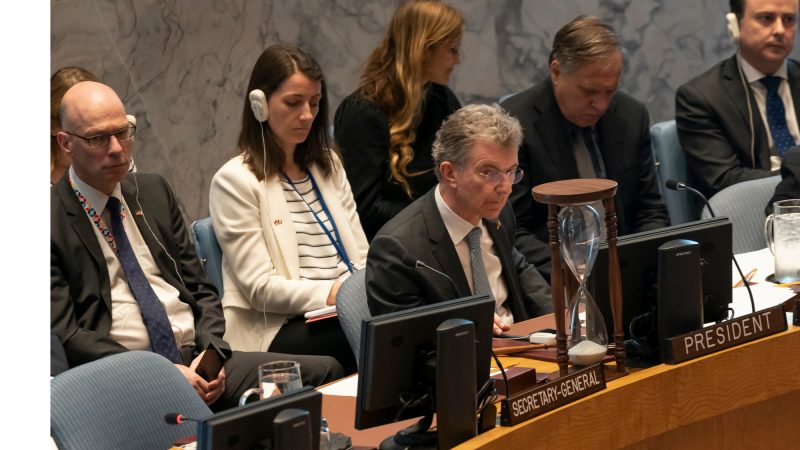 During a recent UN Security Council meeting, Germany exchanged heated words with Russia and China over humanitarian aid to Syria.

During the heated meeting on Wednesday, representatives of Moscow and Beijing questioned Germany’s suitability for a permanent seat on the UN Security Council. The German path to permanent membership “will be difficult,” said Chinese representative Yao Shaojun.

Earlier, the German government had accused Moscow and Beijing of being responsible for blocking UN aid supplies to Syria, with the German UN Ambassador, Christoph Heusgen, saying it was “very cynical” when the two states complained that aid supplies could not reach the war-torn country.

Moscow and Beijing will have to check their positions and allow deliveries through further border crossings so that food and medicine could really get to the people, Heusgen demanded, adding that the UN Security Council had “abandoned” the people of Syria.

In July, after tough negotiations, the UN Security Council agreed on the limited continuation of cross-border humanitarian aid deliveries for the Syrian population. However, deliveries can only be made via a single border crossing and supply chains are often hampered.

Russian Vice-Ambassador Dmitri Polyansky countered this would be due to the “hypocritical behaviour” of Germany and the West.

“We will not miss you,” he told Heusgen as at the end of the year, Germany is set to leave the most powerful UN body after two years of temporary membership.