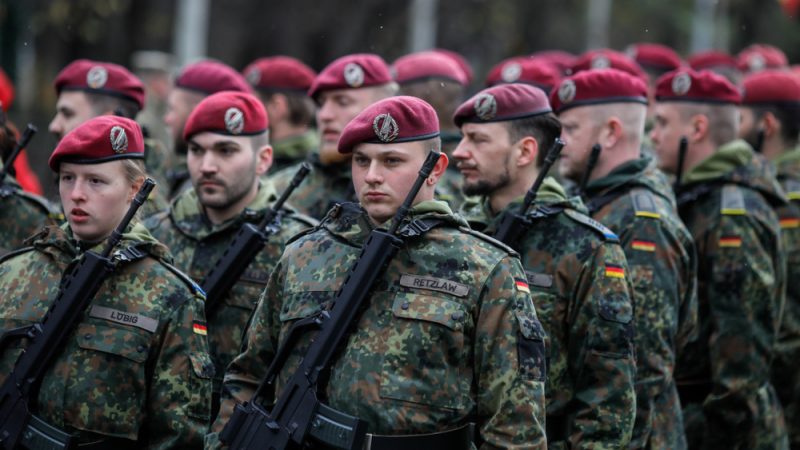 Lambrecht noted that Germany would be ready to provide a considerable share representing the “core” of the unit. [Shutterstock/Mircea Moira]

Berlin aims to provide the backbone of the EU’s planned rapid response capacity, a new EU military force of 5,000 soldiers set to be launched in 2025, German Defence Minister Christine Lambrecht said on Monday.

The plans for a rapid response capacity are part of the Strategic Compass, the EU’s upcoming military strategy document, which was one of the topics on the agenda when EU foreign ministers met in Brussels on Monday (21 March).

“Today, I am proposing to my EU colleagues that the military centrepiece – the rapid response capacity – can be provided by Germany for one year in 2025,” Lambrecht said on the sidelines of the meeting.

Lambrecht noted that Germany would be ready to provide a considerable share representing the “core” of the unit.

“It is important to step in for one another even beyond this acute time of crisis,” Lambrecht, who belongs to Chancellor Olaf Scholz’s Social Democrats, said. “For this, we need to be efficient, and we need a broad toolbox,” he added.

Lambrecht’s pledge comes despite recent debates about significant deficiencies in Germany’s military capacity and equipment. The limited amount and poor quality of military equipment Germany has provided to Ukraine have drawn particular criticism.

Lambrecht promised that Germany would fund one-quarter of the EU’s new military aid package for Ukraine, worth €500 million.

However, according to the minister, there is no capacity for any more military equipment to come from the inventory of the German army. Fresh arms shipments will thus have to be ordered directly from arms companies.