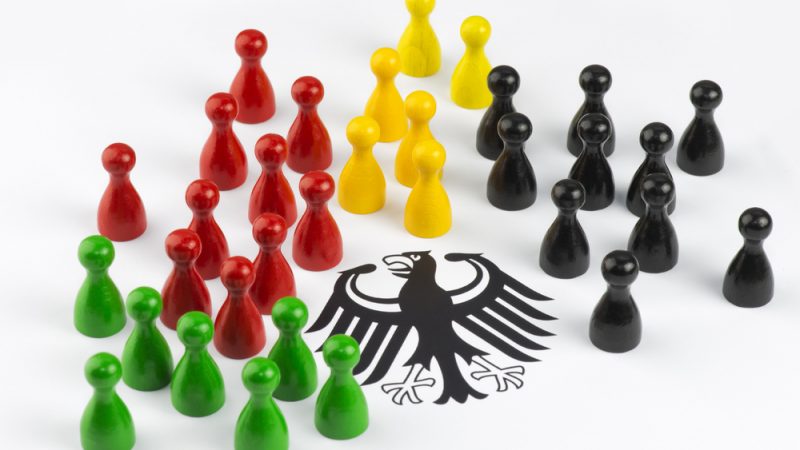 The CDU/CSU’s Junge Union (Young Union, JU) warned of a possible governing coalition between the Greens, SPD, and the leftist Die Linke, with JU chair Tilman Kuban even claiming these parties want to fulfil the “dream of leftist Disneyland.” [Shutterstock/seewhatmitchsee]

The youth wings of both the Christian Democrat CDU/CSU and Social Democrat SPD – each considered more partisan than the parties – held conferences over the weekend where they took aim at the Greens who have surged behind the leading CDU/CSU in recent polls.

The CDU/CSU’s Junge Union (Young Union) warned of a possible governing coalition between the Greens, SPD, and the leftist Die Linke, with JU chair Tilman Kuban even saying these parties want to fulfil the “dream of leftist Disneyland.”

If given the chance to appoint the chancellor, the Greens “will do so in every possible constellation,” warned outgoing CDU party leader Annegret Kramp-Karrenbauer.

There were also warnings against being lulled into complacency by the party’s strong poll numbers. “You don’t stay number one in Germany politically just because you have been or because you want to be,” said CSU leader Markus Söder.

For its part, the SPD’s youth wing, known as the Jusos, criticised the Greens for what is assumed to be the likely outcome of the election, a coalition between the CDU/CSU and the Greens. New chair Jessica Rosenthal said Green party leaders put their desire for power above their environmental goals in pursuing a coalition with the CDU/CSU.

Nevertheless, the SPD is hoping for a left-wing coalition with the Greens and Die Linke, and for this reason, she and the Jusos are willing to get behind SPD’s moderate chancellor candidate, Olaf Scholz.

“The ultimate goal of this election campaign must be to get the CDU/CSU out of the chancellor’s office and into the opposition,” she emphasised. (Sarah Lawton | EURACTIV.de)