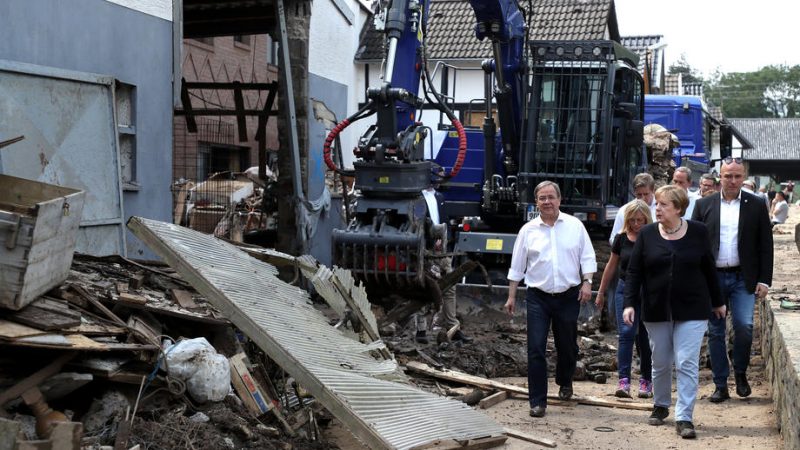 Merkel expressed her desire to decide on the volume of the relief for the flooded areas from the federal level on Wednesday. [EPA-EFE/FRIEDEMANN VOGEL / POOL]

The area “is hit so hard that it really leaves you speechless,” said Merkel in Munstereifel, which was devastated by last week’s flash floods. Armin Laschet, minister-president of North Rhine-Westphalia (NRW) pointed out that 47 people had died in his state.

Merkel said she wanted a decision on the volume of the relief for the flooded areas from the federal level on Wednesday, while Armin Laschet, who is premier of North Rhine-Westphalia (NRW), said the state would decide on additional measures on Thursday.

The two leaders stressed that a long process of reconstruction was now beginning, as motorways and many bridges had been severely damaged.

Laschet said future protection from extreme weather conditions would cost several billions of euros, which would be financed by a mutual fund by the German states.