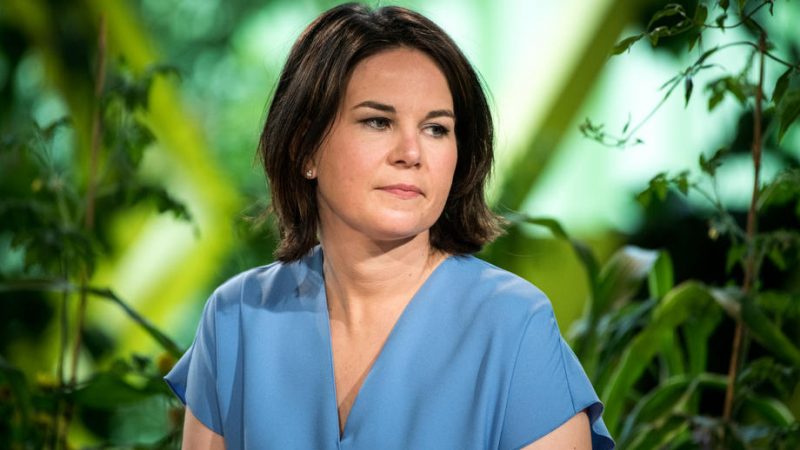 After a poor result in Saxony-Anhalt, they are beset by the fall-out from blunders such as their lead candidate’s CV being factually incorrect. Their rivals, the conservative Union, meanwhile have been buoyed by an important victory in Saxony-Anhalt. [EPA-EFE/STEFFI LOOS]

Germany’s Green party has confirmed co-leader Annalena Baerbock as its candidate to succeed Angela Merkel at September’s crunch election, with the membership backing her candidacy with 98.5% of the vote.

The vote came at a party congress convened to decide on the party programme as the Greens struggle to maintain their initial momentum and poll ratings slide. A poor result in a regional election in the eastern German state of Saxony Anhalt on 6 June was compounded by series of small gaffes including revelations that Baerbock had massaged facts on her CV.

The Greens rivals for the chancellorship, the conservative Christian Democrats (CDU), have been buoyed by a better-than-expected showing in the regional election in Saxony-Anhalt.

Baerbock stumbled her way through a speech to the conference meant to rouse the party but was apparently unsatisfied with her performance. “Shit,” she said to fellow co-leader Robert Habeck, thinking the microphones had been turned off.

The party’s left wing base failed to pass a package of 3,280 manifesto amendments, including the potentially explosive demand of a 90 km/h speed limit on German highways. (Nikolaus J. Kurmayer  | EURACTIV.de)