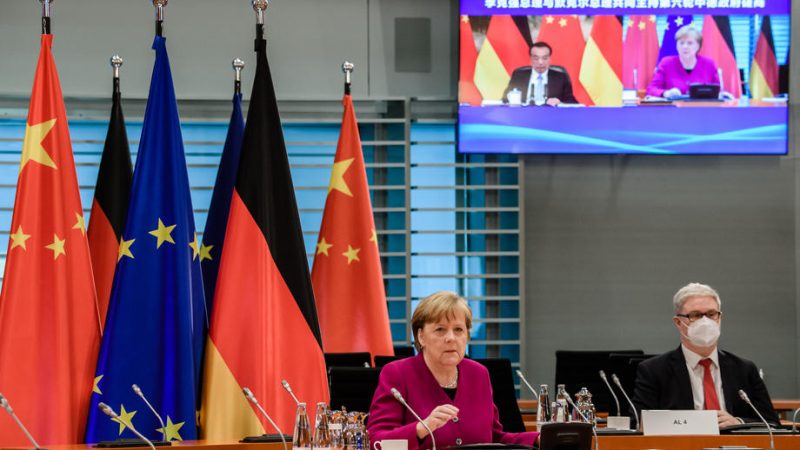 German Chancellor Angela Merkel has called for dialogue with Beijing on human rights to resume as soon as possible, in her last government consultations with China as leader of Europe’s biggest economy.

Merkel said the regular consultations had during her nearly 16 years in power improved cooperation on issues from climate change to business and had at times covered areas of disagreement such as human rights and Hong Kong.

“It’s an exchange that covers the common ground, but sometimes also different points of view,” Merkel said in a statement after a video call with Chinese Premier Li Keqiang on Wednesday (28 April). The sixth round of consultations also included 25 government ministers.

“I would hope that we could also get the human rights dialogue going again as soon as possible,” said Merkel, who is not running in a federal election in September.

A Chinese foreign ministry statement acknowledged Beijing and Berlin have different views on some issues but did not mention human rights dialogue. It called for mutual respect of core interests and communication on the basis of non-interference.

Li said China and Germany should demonstrate “cooperation and unity” in their push for global economic recovery, according to the foreign ministry statement.

The two countries signed a range of cooperation agreements in areas from health to research and transport.

China is Germany’s most important trading partner for goods with trade volume of over 212 billion euros in 2020.

During the consultations, Joe Kaeser, head of the Asia-Pacific Committee of German Business, underlined the importance of China for German companies.

However, he also said firms had concerns about requirements for local data storage in China, restrictions on cross-border data transfer and complained that foreign firms were not treated equally in the awarding of contracts by state-owned companies.

Merkel said she hoped the government talks would continue after she leaves office.